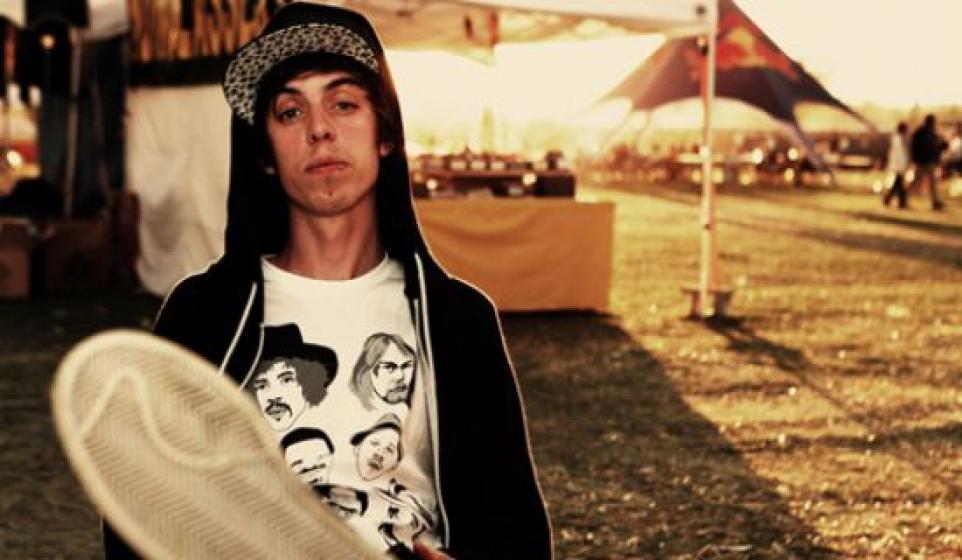 A white rapper from Chicago who combines R&B and Trap, inserting wacky lyrics like “…it’s like my favorite ass I’ve seen”? Profile pic on Soundcloud that features the artist in a Star Trek uniform while staring pensively past the photographer? Ok Francis from Chicago, I’m intrigued.

Grieves’ most recent track, “What You Need,” was how I was introduced to this relatively new Rap artist, and what a funny, interesting introduction. It appears that Grieves has been around for long enough to make this track available for download on Soundcloud as a thank you to his fans for 100,000 likes on Facebook, so I guess we’re a little late to the party.  No matter, however, and the suggestion from Francis is certainly appreciated.

Ironic without straying into dangerous hipster territory, “What You Need” is an endlessly quirky, trappy nod to the classic oversexed R&B format; it certainly pokes fun, but I also suspect that it’s meant to be a bit of an homage as well. How do quirky and oversexed go together? Like this: “gon’ sit you down and recite every line from Star Trek 3.” Well, that explains the Star Trek costume. Inserting a little much-needed nerdiness into Hip Hop is always refreshing.

Upon looking at some of Grieves’ older stuff, my first thought was “how frigging old is this kid?” Turns out he’s 29 and just has a baby face, but it’s still pretty crazy that he’s been making tracks since 2007, having already released 3 albums on Rhymesayers, and performing at both the Warped Tour and South by Southwest in 2011. Grieves’ older tracks are a little more serious and autobiographical. A little mopey for me at times, but given that he names major influences in Punk Rock, Blues, and Jazz, that’s understandable. The rhymes from these tracks  are no less cleverly put together, and the ubiquitous Jazz presence is felt  in tracks like “Bloody Poetry.”

The trend in Grieves’ new album towards more silliness, singing, and mixing of genres, however, gets me right in my cold little heart, being one who likes artists who don’t take themselves too seriously. That’s why “What You Need” would be my pick for a good ground floor tune to get into Grieves. It’ll be interesting to see what this genre-bending, Punk Rock, nerd-at-heart rapper has in store for us next.