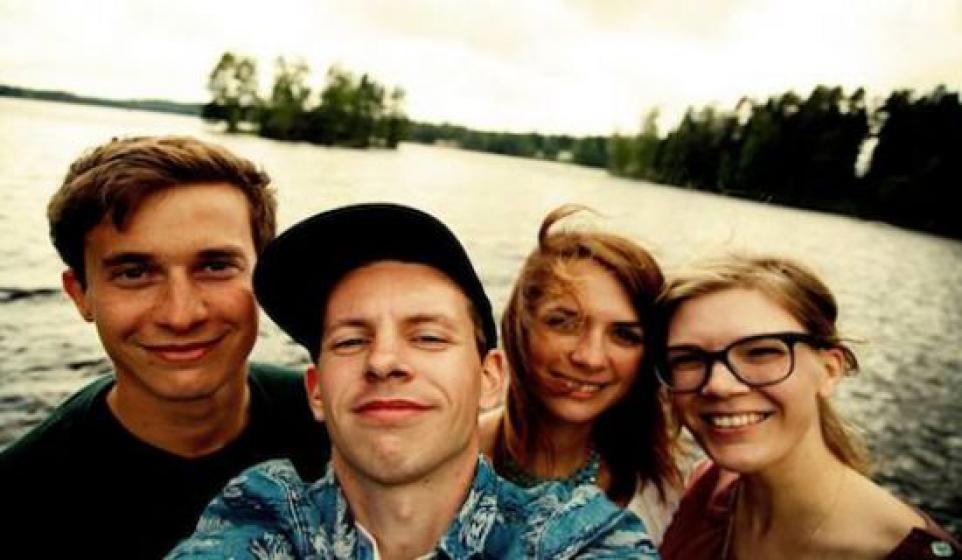 Hailing from the frozen tundras of Oslo, Norway comes hot new artist Highasakite - a new breed of delicately crafted and beautifully lyrical pop that channels influence from the choral styling of bands like Fleet Foxes and Beach House, yet retains a distinct pop sentimentality. As stark and dramatic as the landscape of their native Norway, these songs are full of lush lyrical imagery and music that grows into something beautiful.

These songs feel as if they were conceived fully formed; they grow and change in minute but noticeable ways that demonstrate an element of planning exceeding the care of most songwriters. Though they occasionally feel repetitive, there is enough growth in each song to warrant a second and even a third listen to really delve into what the band is trying to achieve.

Special thanks to Duffster for bringing this Scandinavian pop sensation to our attention. *(and Yes, we'll be catching you guys live at SXSW!)

This first track, called “Since Last Wednesday” blends a beautiful background melody and surreal, haunting vocals by lead singer Ingrid Helene Håvik into a surprisingly optimistic and uplifting track that just makes you feel like there’s a light at the end of whatever tunnel you're working through.

Less optimistic (and featuring a video that is freaky as shit) is the second song from Highasakite, “My Soldier.” Havik’s vocals twist and intertwine over the driving rhythms of this song and craft a melancholy and forlorn sound that intrigues and excites.

The lyrics are beautiful, and the delivery is spot on. My only complaint is that the outro of the song is a little long and repetitive, but the song as a whole is really a breathtaking showcase of Highasakite’s flair for drama in their music.

Each of these tracks is an excellent example of the poignant vocal-driven style of Highasakite, but without the exceptional backing of her band it’s safe to say that Havik’s vocals would be missing the vehicle that make them so excellent.

Highasakite have a great formula in place already, and as relatively new artists they’re still polishing their performance. It’s already beautiful and memorable music; it won’t be long until they hit the nail on the head and make the shift from memorable to unforgettable.