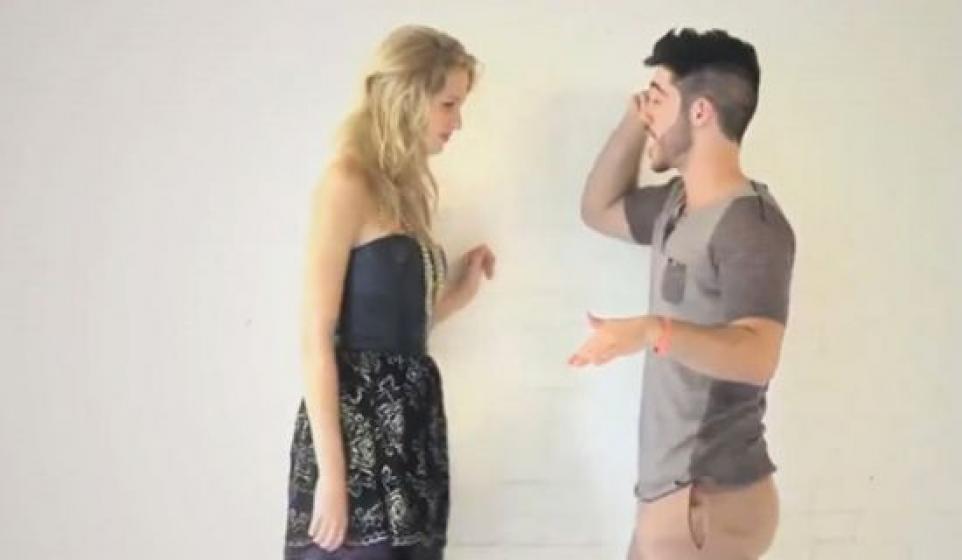 One moment emerging artist, Jon Bellion, was just another one of the million faceless songwriter/producers who litter New York and Los Angeles trying to break in to the music industry. The next he had a production and writing credit on Eminem and Rihanna's smash hit, "The Monsters."

His life changed dramatically in a single instance, and it looks like this is only the beginning.

Bellion originally wrote "The Monsters" for a different artist during a studio session with Frequency. The megaproducer ended up sending the track out to numerous people. It garnered a lot of attention, including Slim Shady's. Eminem wanted the track, but made the least amount of promises. Unlike everyone else chasing the track, he never guaranteed that he'd make the cut a single, even though he inevitably did.

Bellion could have cared less though, as he told XXL "… grow up listening to Eminem; your parents don’t let you listen to it, you gotta sneak into a car to listen to this guy rap. He changed my whole life, my whole perspective on music, so to more or less co-sign something that I’ve done is the ultimate childhood goal."

"The Monsters" likely did a lot more than just fulfill one of Bellion's childhood dreams. It tipped people off to his musical prowess, and whether it's him or Rihanna singing the hook, people seem to like Jon Bellion's music.

Hailing from Lake Grove, Long Island Bellion claims to have been producing tracks since age 14. He began to grow sick of being asked to make boring pop records so on a whim decided to try signing and rapping himself. The result is a fresh slant on pop-driven R&B and hip hop. While his sound is wholly his own, Jon borrows in all the right places from artists like OneRepublic, Drake, Twenty One Pilots, and Usher. Now I broke the cardinal sin there by comparing artists across races, but when you have a genre-bending artist like Jon Bellion, you have to break some rules.

While rapping is not Bellion's strong suit, he does have pretty good flow. He lands somewhere between Travis McCoy and Dreezy in terms of both delivery and hardness. And given the music he's making, that's exactly where he needs to be.

JON BELLION "SUPERMAN, THE GIFT AND THE CURSE"

Big ups to Francis the Curator who brought Jon Bellion to our attention. You can get paid just like Francis for your musical tastes. Become a Curator today!