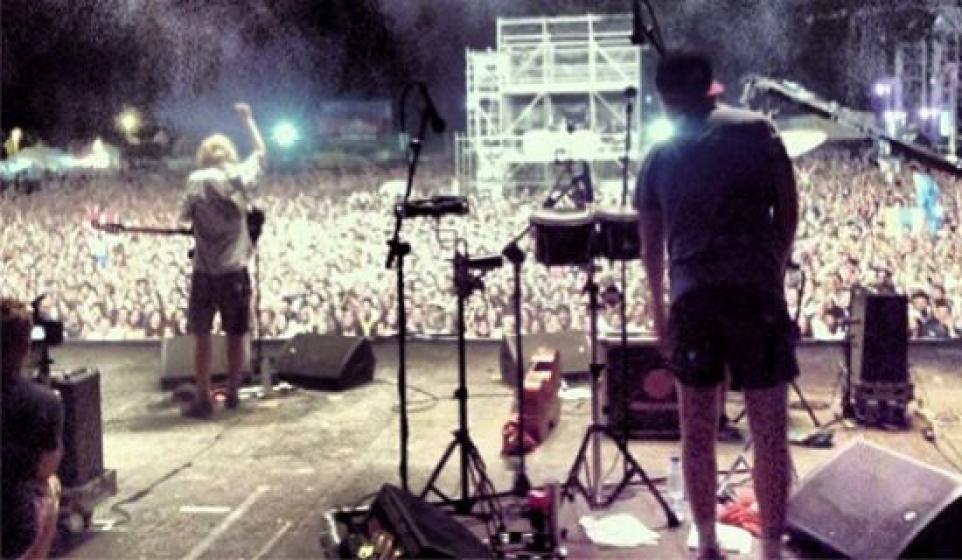 Norway has a long and storied history of producing great electronica and understated pop music (see Royksopp; Kings of Convenience). Which makes new artistKakkmaddafakka such an anomaly, as their music is as hard to define as their name is impossible to pronounce.  BTW special thanks to Pavit B who is tearing up her Curator discoveries.  Learn how you can get recognized for your hipsterness here.  http://www.bitcandy.com/ars/how_it_works

Formed in 2006 by brothers Axel and Pål Vindenes, the band came together for a one-off show for friends. The reception at that fateful show was so warm and enthusiastic that the band decided to play more shows in the Bergen area. (For those of you with reading comprehension problems, Kakkmaddafakka is from Bergen, Norway.) The original formula went something like: cram as many friends as possible on to the stage, then see how the audience responds to raw, unadulterated energy. The end result was a one-of-a-kind show that wowed audiences, while being essentially ignored by the Norwegian music industry. Kakkmaddafakka wound up self-releasing their debut record, with all members of the band between the ages of 15 and 17. They eventually whittled their live lineup down to eight, and would go on to become one of the most promising and unique bands in the burgeoning New Bergen Wave scene.

Just looking at the various influences the band lists, some of whom seem inherently contradicting, you start to understand how Kakkmaddafakka creates their sound. They seamlessly meld some many different genres together that once you familiarize yourself with their catalog it no longer seems incomprehensible that their music is derivative of The Beatles, R. Kelly, The Strokes, and Snoop Dogg.

While converting the energy from their epic lives shows on to a recorded album is still a trial for Kakkmaddafakka , they're getting better at it with each subsequent effort. And if they ever do put it all together (and the guess here is that they do), well then they're liable to end up as the OG's of New Bergen Wave.

Whatever the hell that means… Regardless, they're a great band who (hopefully) is only going to get better.

p.s. Couldn't find the right place to fit this in, but you should absolutely check out Kakkmaddafakka's amazingly titled fashion blog, What Your Boyfriend Should Wear.