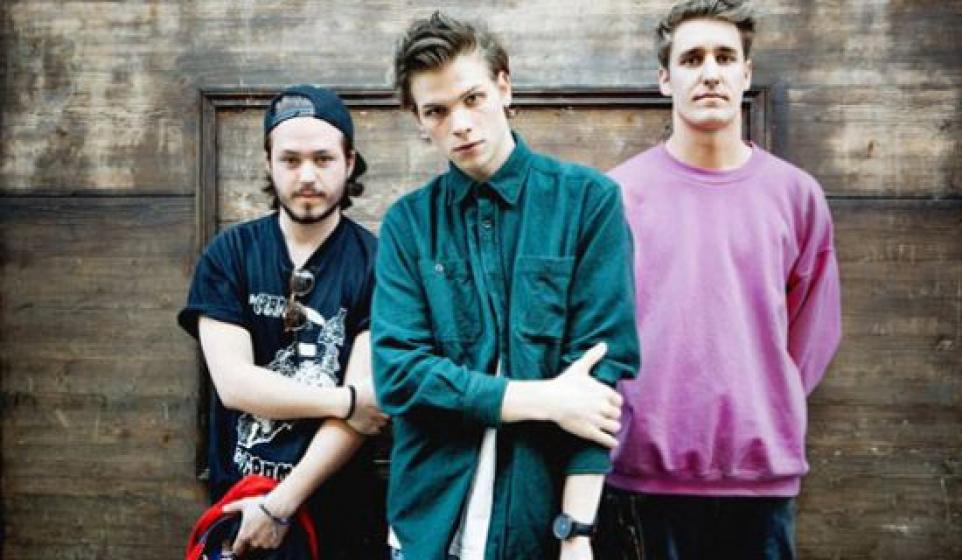 Sometimes, not often, but sometimes, hipsters get it right. This is one of those times, and damn, these German post-punk kids know how to do it. Apparently they’ve been going since ’09, but only recently cracked the scene in Germany with some killer tracks accompanied by even better music videos.

There’s three of them and they all have rather odd stage names, well I hope they’re stage names, either way, they are my favourite new find this week and they make me feel like the sun is shining, the heavens are singing and I’ve got a nice, smoking joint in my hand. So grow your beard and get an undercut, because you’re about to have your hipster brain blown.

"Purple Fried" makes me ask one question; Purple Fried what? But after listening to the track and being taken aback by the weirdly beautiful music video, I don’t really care anymore. This track is off their 2012 debut album, Psycho Boy Happy (cool title) and it’s really reminiscent of the British indie. Sort of. It’s hard to explain the brilliance behind this track (Yes, I know it’s my job, just shut up), but from the rough vocals to the soft electronic sound to the concept of the music video, I’d have to say I’m simply in love with these German boys.

Talk about powerful visuals, the "Boarding Time' music video is a mixture of colours, images and clips that just provoke a cold pondering in me. This track is faster, it’s darker, it’s full of emo lyrics and a repetitive chorus that just doesn’t escape your brain for hours. Germans and their bizarre point of view, you gotta love it! If you don’t like this track then I declare that you have a serious problem and need to at least pretend that you like it. Even a poser is better than an idiot!

So now that I’ve introduced you to everything that was missing from your life, it’s time for you to get onto iTunes and download everything you can find from SIZARR. This is the way music should be done in 2013. This is the benchmark on what all new artist finds will forever be judged. Oh, what I would do to see them up close! Who’s up for a trip to Germany?