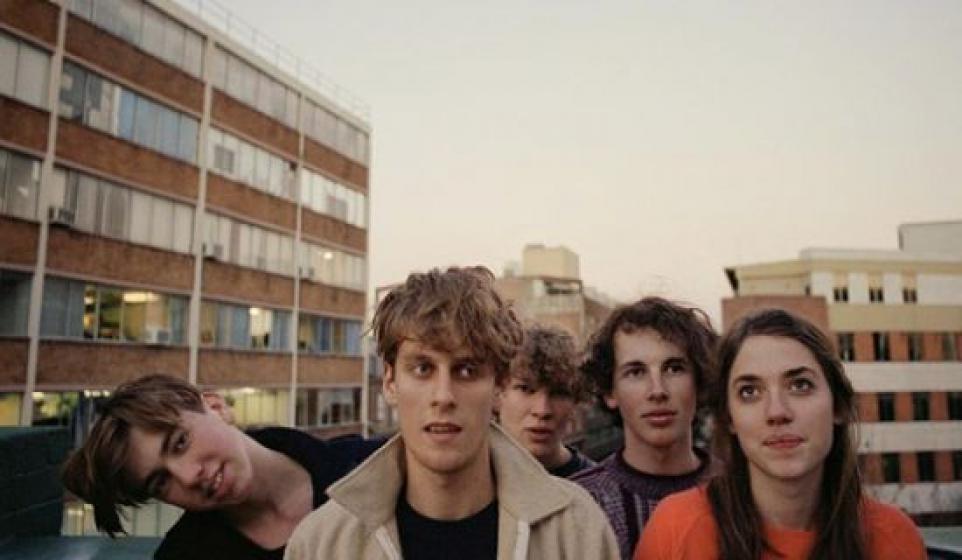 I had some concerns about Snakadaktal prior to listening to their debut album, Sleep In the Water, mainly because someone thought Snakadaktal—which looks more like an awkward pocket-dial mistake than an actual word—was a fitting name for a band. But I should have known the best surprises are hidden in the sweet melodic offerings of weirdly-titled bands.

A simple Google search confirmed that “Snakadaktal” is actually the name of a half-snake, half-pterodactyl (the disturbing mental image which subsequently followed this discovery still slightly terrifies me). The band members also formed a few years ago while they were just wee-little high school kids, so that partially explain why a fictitious (and terrifying) hybrid creature, which originated from a classroom doodle, somehow became the name of their indie dream pop band. But besides their name (or maybe because their name) one of the most surprising elements of Snakadaktal is how restrained, profound and mature their sound is for such young musicians, and it is that unexpected sense of maturity within their music which has produced a brilliant reputation around this Melbourne-bred five-piece group.

Sleep In the Water was conceptualized after their particular connection they share with the water, and is conveyed through coalescing soothing sounds and fluid vocals, creating a tranquil auditory effect. My usual sentiments towards ambient albums is that they lack emotional depth, and well—put the listener straight to sleep; however, Snakadaktal proves that less really is more when executed with precision and capacity. The minimalistic and hypnotic quality of “Ghost” perfectly captures the essence of Sleep In the Water by flawlessly balancing delicate vocals with just the right amount of guitar reverbs and soft synths. It’s a romantic, watery dream.

Due to the understated nature of Sleep In the Water, the tracks may feel slightly homogenous at first listen; although the consistency reflects the temperate vibe of the album, and the subtle disparities between tracks seem to be a deliberate choice to evidence how this group understands the value of restraint and subtlety. Snakadaktal truly embodies the ardent spirit of young indie music by taking a simple concept and elevating it to a striking level of profundity without any audacious tricks—just raw talent and a clear vision.

Thank you to our Curator, Dahvi, for introducing Snakadaktal to BitCandy, I haven’t stopped listening to Sleep In the Water for hours now (I’m sure my roommates thank you too). And thank you Australia for sending another great band over this direction. It appears all of my recent Australian music findings keep getting better and better. There must be something in the water.