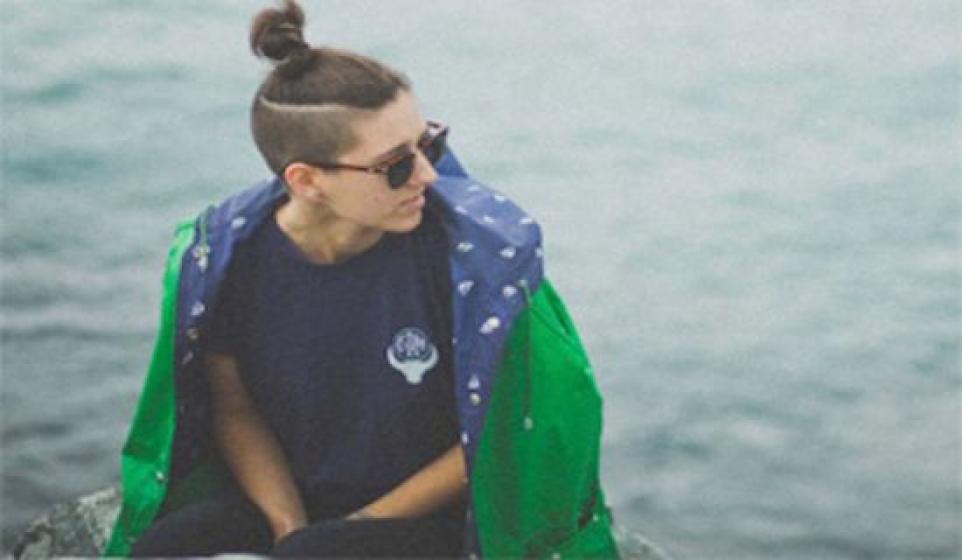 'Folktronica' is the way that Australian native and hot new artist St. South, also known as Olivia Gavranich, describes her music - and it's not hard to see why. St. South combines the impassioned lyricism of so much folk music with her delicate, haunting voice layered over the seemingly disparate sounds of xylophones, acoustic guitars, drum machines and a thoughtfully crafted ambience that evokes the likes of Sigur Ros and Aphex Twin. Olivia's vocals navigate this hybrid musical landscape effortlessly, drifting casually and precisely between the multi-layered structure of St. South's unique soundscapes.

St. South burst onto the scene after winning her category in the Bon Iver Stems Project in August of 2012. So it only seems fitting that the first song we preview by her is a Bon Iver cover. "Holocene" is stripped of its trademark acoustic guitar and replaced with the deep, coddling sounds of a xylophone.

Olivia's graceful vocals seem designed to cover this song, delivering a tender rendition of Bon Iver's heart-wrenching lyrics. There are no vocal gymnastics, and there don't need to be.

After the ethereal ambient music of "Holocene" I had high hopes for St. South.

Yet her next song, "Not Hopeless Yet," was somewhat of a disappointment. Not hopeless, per se, but definitely lackluster after hearing her capabilities. Did she need Bon Iver to write songs for her? Was she adrift without a structured direction?

"Not Hopeless Yet" sounds like it was recorded inside of a sea shell. Swirling, muted melodies back up an uninspired vocal performance that just never gets where it seems to be going. Olivia's voice is still beautiful, but the muddied backings of Infinitefreefall really detract from the song.

Not every song needs a soaring crescendo, but some development and resolution are necessary; I need to feel something. "Not Hopeless Yet" just doesn't deliver on that, and by the end it's hard to believe I've spent three minutes listening to it.

I was discouraged after "Not Hopeless Yet," but seeing so much promise in "Holocene" I delved onward into St. South's Soundcloud (say that five times fast).

"Regal Wash" demonstrated a different side of St. South. Gone were the drum machines and ambient backings, replaced by an acoustic guitar and the gentle rhythm of a lone maraca. This was the 'folk' in 'folktronica', and this clean, simple style is where Olivia's stunning voice really shines.

Weaving a simple, beautiful melody like a patchwork quilt this song drips with passion and vulnerability. The chorus intones, "close enough to take your brush and paint a beauty in the dust." That's the kind of stark, vibrant imagery you hear from classic folk, delivered here with an updated vocal styling that still exudes depth and fragility. This girl's got soul, and she's got the tools to get it out and into the air.

In a musical landscape populated by so many gorgeous women with angelic voices it's often easy to overlook them, but I believe St. South stands above the fray. It's what's not in these songs that make them special: no soaring vocals, no convoluted backdrops, no overzealous electronica, just pure crisp music from a young girl with a beautiful voice.

There's no readily available info on new albums or tours from St. South, but there are many more fantastic tracks out there to sample. Remember, this new artist is only 20 years old and relatively unknown. I see great things coming from her in the future.