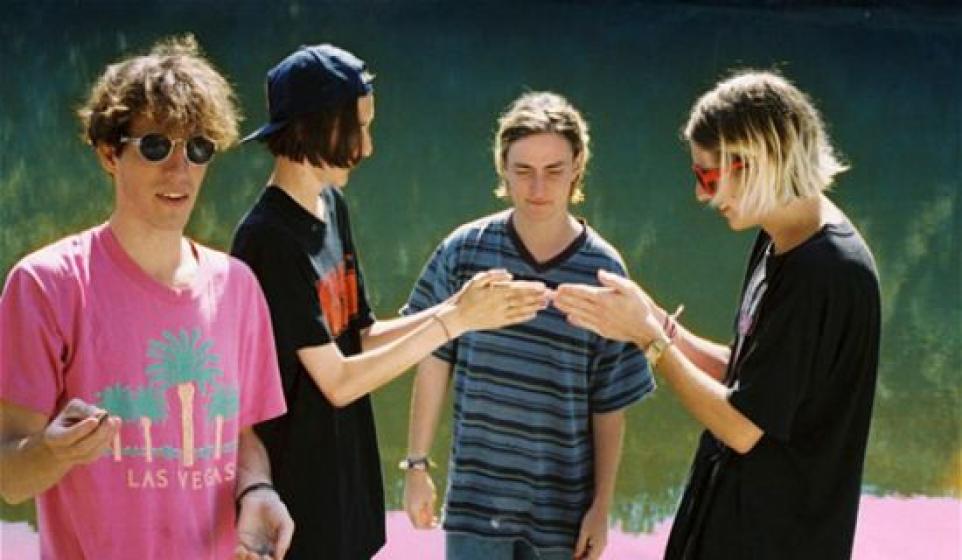 Are these guys the British version of The Drums, or is there a whole new breed of hipster indie heads coming out of Birmingham? They describe their sound as sun-kissed noise and I must say, I like that shit. Give me a whole bunch of tracks that make me feel as cool as the guys singing them and I’m happy. The band is only two years old but they’ve already got just the right amount of fans to be considered cool and undiscovered at the same time. Now get out that skateboard you haven’t used in years, put on your beanie, grab whatever tie-dye attire you have and pretend the sun is on your back, because damn, do these tunes do wonders for the soul.

Try as I might, I’ve never been able to pull off that cool kid look. I guess the fact that I can’t stand up on a skateboard doesn’t help. Anyway, "King City" is that track that you’ll listen to a hundred times on any given day, just to feel young again, and anytime you hear it after that, it’ll make you smile. These guys really do seem a smidge less pretentious than the rest of their kind, even if it is just a smidge. They’re pretty good at pretending the camera isn’t around too. And they obviously like skateboarding. A whole lot! Oh, and just in case you missed it, the best part of this song goes like this: Fuck your romance, I wanna pretend/ That Jenny Lee Lindberg is my girlfriend. If you’re a fan of Warpaint, you won’t find a better line in any other song, ever.

I wonder if they’ve ever really been to Orange County. I wonder if it matters. It probably doesn’t! The video is trippy as hell and the song is just soothing if you were born after 1990. Apparently they made this video in a Travelodge room. Now that’s rock n roll! I mean, indie rock. The lyrics to this track and perfectly depressing, the kind you’ll fall in love with, so read up, son!
Their tumblr is too cool for school, so if you’re not a fan of school, then check it out, biiiatch! They also do this cool thing on YouTube called Swim Deepisodes. It’s great research into the hipster culture if you’re writing a paper on it or, like me, are just fascinated with those good looking bastards.