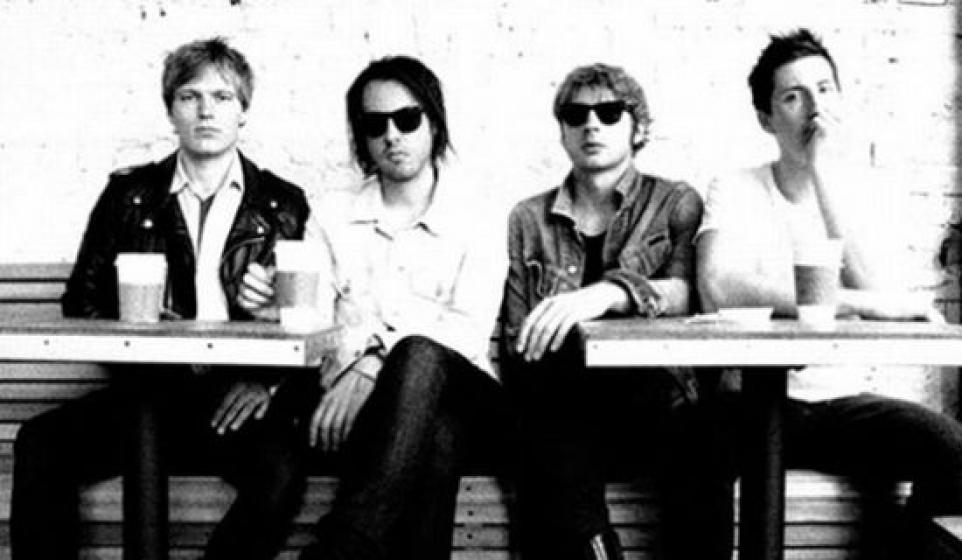 Y'all can dismiss these British dudes right and quick with their trifecta of over-produced Billboard-primed Coldplay, Muse and The Killers pot-stirring. But that's the kind of best new music thought that turns the soul black. Thing is, Yorkshire's The Chevin have perfected it. There's a reason why all three of those bands have conquered the world. And it ain't just a whiney frontman with a shotgun-sparkling guitar riff.

"I don't wanna waste my time/I'm just trying' to find my way/Listening to a perfect time/And listen to a perfect day," howls Coyle Girelli on a song, bear with us, called "The Champion:"

This is the stuff arenas were made for. Monster hooks. Glowing, cheering faces. Token traces of Rush. Triumph by amp. Yes, their sentiments may be cheesy, choruses holding absolutely no hip-thrust back -- "Oh father I have sinned" -- but they've invaded Texas to record their 2012 Borderland, and there is pretty much no stopping a band, from over the damn pond, that can turn America's greatest open-road freedom into something so swelling, we wouldn't be surprised if The Edge's head exploded with jealousy: