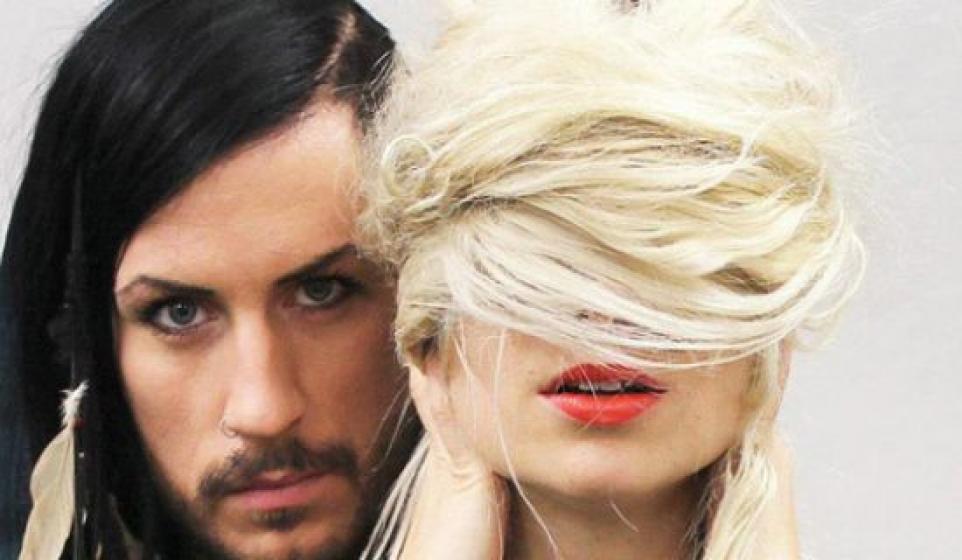 “Why’d ya wanna play college hawckey?? Isn't it obvious? For the girls…”

Ahh, still one of my favorite lines from the 2004 classic hockey tale, Miracle. Speaking of which, it’s a freakin’ miracle we made it through this work week alive. I don’t know what you do for a 9-5, but I’m sure you know how it feels to get to that point of brain-fizzing frustration…At least now I can go home, play some GTA V, and throw on some tunes. First thing to be sitting in my inbox, is something that came across from one of our curators Pucken, called The Deer Tracks.

This might seem a little female Postal Service-Empire–of-the-MGMT-ishy?? But I can feel this ishhh. By the way, I know that may sound snobby and unintelligent, but you’ll go back to referencing that sound at some point. I know, whatever… David Lehnberg & Elin Lindfors comprise the composing duo, which is also backed by several more for live performances. It’s dance-able and joyous, and glamorous too. It's very glamorous but in a slightly odd sense, which fits for these two, so I like it.

So now it's time for some GTA V…and I must say I’m about as equally excited to hear the radio stations as I am to complete the actual missions… I’ve heard one of the tracks and I've been thumpin' this shit so hard.