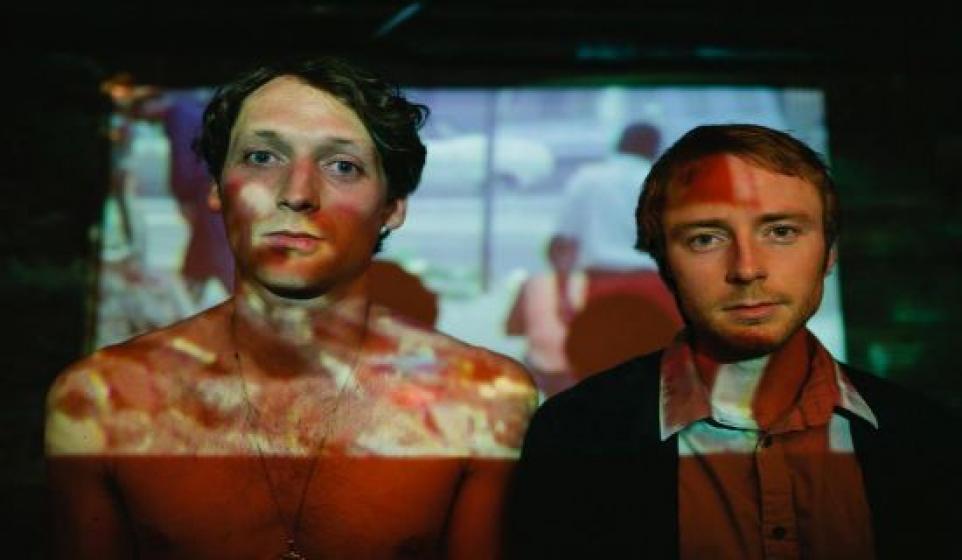 In today's latest new music post, we bring you clean, crisp indie-pop from Vancouver, The Zolas. Who are they? Oh, just two dudes destined for cult status, what with a smart acclaimed debut called Tic Toc Tic that danced with the college circuit's finest, showing shades of Voxtrot in key work, bits of The New Pornagraphers when they wanted to wail. They had a falsetto-chorus number called "You're Too Cool" that tore into kids back in town with their "New York crowns," if that's any indication of their anti-hip ethos:

As far as we know, they themselves never left town, rather softening their lyric tooth just a wee bit to get cosmic with their individualistic muscle, releasing DayGlo follow-up Ancient Mars in 2012, centered around a cruiser of a title track that's like a Drums jam on a bong hit, lead singer Zachary Gray cooing, "I want to believe in time travel:"

Taken out of context, perhaps one would mistake their brooding for a regret, that they just ain't and never will be New York cool. More so if you coddle all the soft blows they're throwing sonically on the rest of the record. But they reveal themselves to be calculated and classy right and top music quick. Or as  20/20-era JT would say, they got on their suit and tie, shit's tied - guitars cutting angular for a hot minute on "Knot in My Heart" to seethe the assurance that they're "calm and collected" and that "nothing in the world" could "shake" their "bones." Stay not-cool Zolas, we're listening: