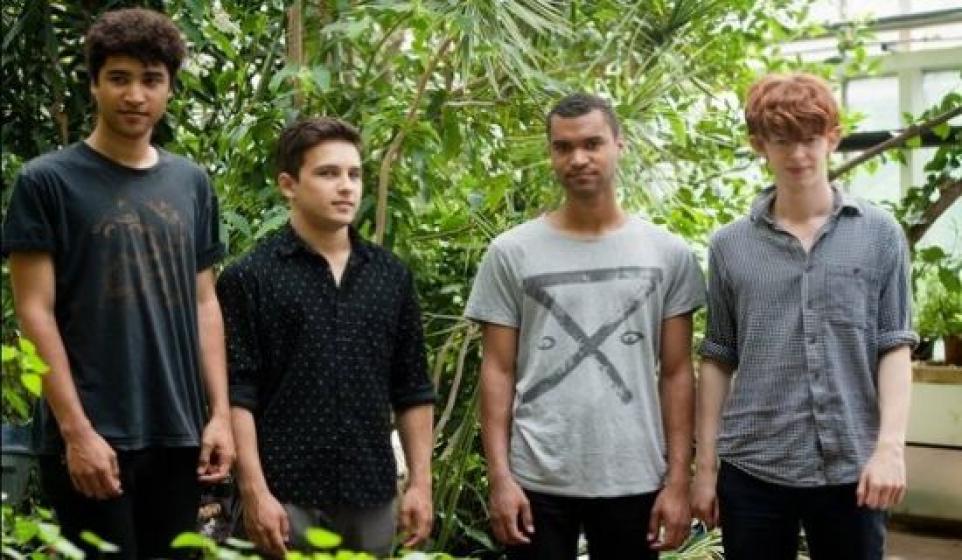 Have you ever found yourself sayin to your bros, “Damn! We should form a group and go on tour and shit!” Well … today’s latest New Find, Theme Park, did just that. Well, maybe not in those words to be exact, but you get the point.

Hailing from the land of sexy accents (London, DUH!), these four lads came into existence in late 2010. I, who always jumps to conclusions, assumed their name was dubbed because of their love for theme parks, but irony is...they hate ‘em. Huh? Who knew? If I had a band I would name it A/J/ cuz I really hate him.

Moving along, Miles, Oscar, Marcus, and Louis are funky lads who are all about creating indie pop but with a groove (sound like our kinda guys!). But before I jump to any further conclusions about whether or not I like ‘em, let’s take a listen to some of their tracks.

As I’ve mentioned in the past, I hate comparing a band’s sound to that of another, but for those of you who love that kind of shit, their sound is a blend of Talking Heads meets Bombay Bicycle Club with a summery feel. The similarities are especially predominant in "Milk"...I say that, but then again I noticed that another one of their singles, "Two Hours" (by far my fav track) defines them as more poppy-ish/happy-ish rather than quirky.

It seems like these guys have been around for much more than just a mere 2 years. They’re already hot in the U.K. and have done well as opening acts for Florence and the Machine and Bloc Party. So if I were to jump to conclusions, I’d say that BitCandy is excited to hear more of what’s to come from these British lads.