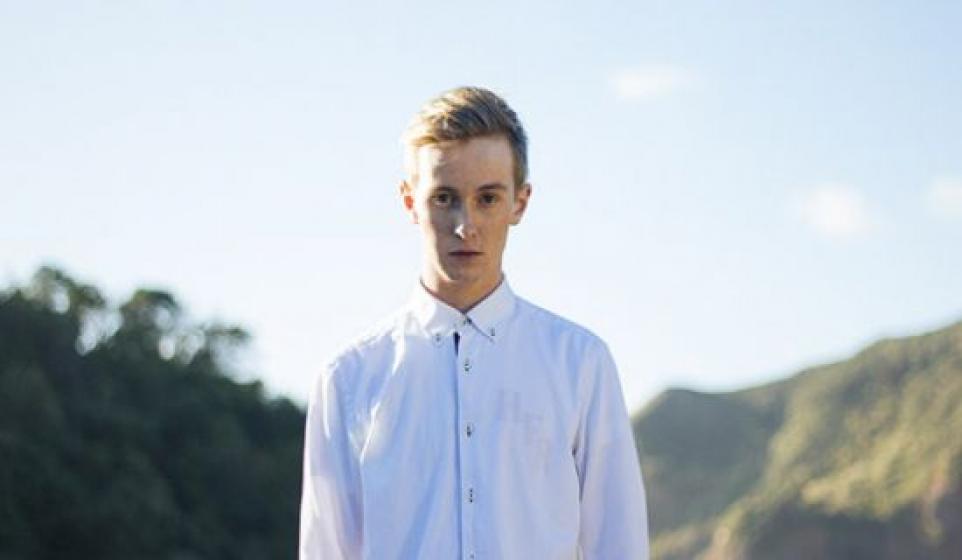 Stop me if you've heard this one before: There's a relatively unknown teen from New Zealand making extraordinarily mature alternative pop that could be a game-changer. Only this time we're talking about emerging artist Thomston, and not fellow Auckland native Lorde.

Poor Thomas Stoneman can't get his own music mentioned without some media a-hole like myself bringing up Ella Marija Lani Yelich-O'Connor. Stoneman will likely be in the shadow of the more famous Kiwi his entire career, unless "Royals" turns out to be a one-hit wonder, which the Grammy-win may have doomed it to. Anyhow, regardless of public perception, Thomston Stoneman has begun to clinically carve out his own musical niche. For his part in all of this, Thomas has been a kind sport to lazy writers the world round, as he recently told our friends at Pigeons & Planes:

"Any New Zealander who releases pop music is instantly the second coming of the Lorde. I’m a fan of her and her music, but the comparisons are growing tiresome. Plus, I haven’t got Grammys so I’m like the lame, non-famous, less cool, and not critically acclaimed version of her."

Thomston crafts slick alternative pop, which he is quick to point out is actually an oxymoron, with layered vocals and sparse elements of hip hop production. In fairness, he probably would be getting Lorde comparisons even if he were from Moldova. Although, in this bloggers humble opinion, he compares more to the likes of Kimbra, Sam Smith, and James Blake than his fellow countrywomen, who we can safely assume has probably seen a diamond in the flesh at this point.

As someone who spent the bulk of my adolescence striving to rid myself of comparisons to my two older brothers, I empathize with Thomston's plight. The only differences in our situation is almost no one knows who my brothers are, and Thomas Stoneman has a veritable fuck ton of talent at his disposal.

The just turned 19 year old burst on to the scene with the School Night EP, a debut he self-produced along with childhood friend Samuel Brandford. Stoneman never expected these bedroom recordings to go beyond friends and family, but thankfully it did. Soon as the internet got a hold of it, the buzz-machine started to hum. Loudly.

Part of this probably had to do with the success of Lorde. And for all his annoyance at the comparisons, methinks Thomston will only be grateful for her when it's all said and done. But an overlooked part, as Stoneman is quick to mention, is that it's easy to get noticed on an island that's less than 270,000 squared kilometers.

“New Zealand is really small, under-crowded one might say, and I think it’s fairly simple to get noticed here in Auckland. We’re lucky to have a lot of platforms for our music to reach people who have influence. I just entered a bunch of song writing competitions and it really just took off.”

SAIKO management, the same New Zealand group who represent you-know-who, took note of the School Night EP exceptionalism and signed Thomston. They quickly put him in the studio with producer Josh Fountain. This seemed to be a match made in heaven as the duo quickly produced a follow up, the Argonaut EP which features two of Thomston's strongest tracks today.

Presently and in the future Thomston looks to continue the trend of great music coming out of New Zealand ala Broods, Flight of the Conchords, and the one gal.