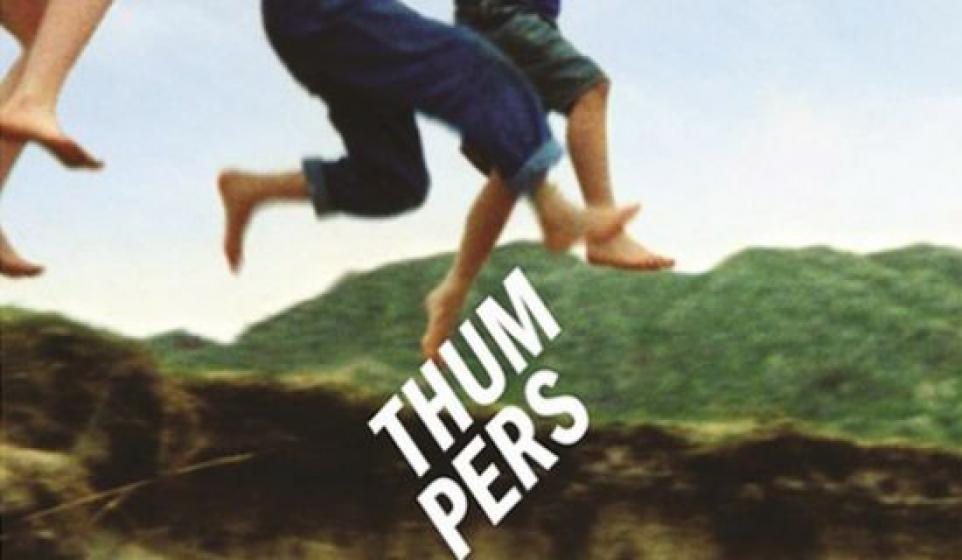 Do you love Passion Pit and Foster the People, but getting a little sick of the ball-clenching falsetto? Don’t you wish your fun poppy indie came with a splash of slightly melancholic British vocal texture a’la Damon Albarn? Well, look no further; here comes Thumpers!

We’re sad to say that as Bitcandy we’re a little late to the Thumpers party. Sometimes it’s hard to keep a pulse on British indie pop when Ableton and Bon Iver are churning out so much unlistenable crap that we then have to wade through to get to the good stuff. Luckily we have been saved once again by our marvelous curator system, and we get hooked into marvelous stuff like this.

Thumpers have been on the scene, making Brits a little less surly for about a year now, and it’s easy enough to tell on their Soundcloud page because they’ve already been remixed on BBC Radio 1 with Girls Aloud. It’s pretty disturbing, but it does mean they’ve reached the pop world. I’d recommend not listening to this mashup when you’re on their page.

Thumpers’ new album, Galore, will be released May 19 and its first single, “Unkinder,” the video for which was released on YouTube well in advance of said album, exemplify what I’ve been rambling on about in the previous three paragraphs. Poppy and cute, with a very contemporary piano track and vocals that, upon second listen are more melodic and less cocaine-addled than Albarn’s (or 2-d’s, if you’d like to go that route), the “Unkinder” video is also perky and psychedelic to match the song:

We may just have the newest Indie Britpop icons on our hands; only time will tell. While “The Sound of Screams,” on the album but also released previously on a self-titled single+b-side, is much more mellow, it also contains what seems to be the driving force and one of the distinguishing traits of the band that I haven’t heretofore mentioned: the very tribal and syncopated drums.  Without these very deep and prevalent drums, I think the band would easily disappear into the swirling miasma of dime-a-dozen hipster bands out of England, Australia, and Williamsburg.

The title track on this opus, however, is my pick for the next single to come off of Galore. It’s so danceable and pretty, with dreamy yet poignant lyrics, I think you knock out a video of kids running through fields with balloons or maybe drinking in pubs, and you’ve easily got the indie feelgood track of the summer, Thumpers! Let’s get this done:

Galore, along with that atrocious Girls Aloud remix are all available to be streamed on Thumpers’ SoundCloud page, or by clicking the conveniently located widget above (aren’t we tech-savvy?). The album can be pre-ordered both in mp3 and vinyl on itunes.  Get a jump on the summer with this jumpy new band’s jumpy tunes! Did I say jump enough? Go cop them!