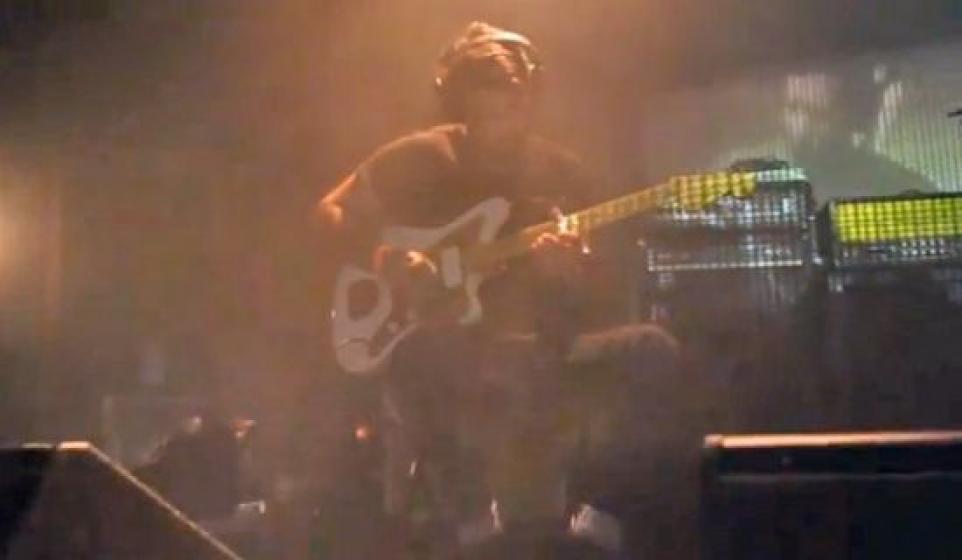 Touché Amoré is one of those bands that I was never quite able to figure out. Their sound was too poppy for how hard they were looking to come off. They always felt like a band that windmillers born A.K. (After Kurt) tricked themselves into liking because they thought they were supposed to. So color me doubly surprised when not only did I come away from a show where I was stoked to have my eardrums pummeled by Deafheaven far more blown away by a hypnotizing first opening act, but that that act also turned out to be a side project of Touché Amoré’s guitarist, Nick Steinhardt.

I certainly wasn’t the only one in the audience not prepared to have my brain deconstructed by two guys in headphones playing guitar and not acknowledging the outside world. For a crowd itching for metal, they sure were reverent in basking in the aural ocean of todays emerging artist, Wife. And so I ask you, dear reader, to stop what you’re doing for 25 minutes: dim the lights, turn the volume up, and watch this video; get your head in the right space:

You’re welcome. It’s been a long, long time since a band has been so undeservingly under the radar as this one. Thanks to the most SEO-unfriendly name of all-time, Wife are near impossible to track down online. It looks like they seldom, if ever, play live.  There is no buzz about them anywhere. Oh, and they only have one record… and it’s limited to 250 copies (and looks really, really cool).

In case you made a mistake and decided you couldn’t spare those 25 minutes for the above video, I will explain their sound: They sit somewhere between post-rock and shoegazer. The sound is spartan but hardly barren due to the fact that the band is just two guitars (and a buttload of effects pedals). They have all the twinkling, brilliant beauty of an Explosions in the Sky but without the obligatory ejaculatory crescendo; content instead to just decay into space… if space were full of ghosts and half-forgotten regrets.

Here is one more video of Wife.  Again, you’re welcome.