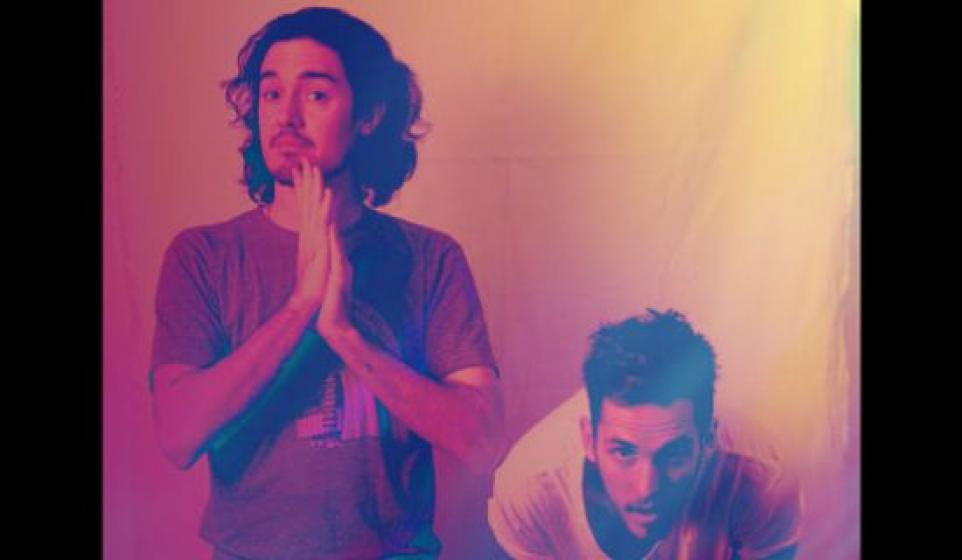 What do we have for you on today's latest new music? Opposite the day-glo indie-dancefloor leanings of Melbourne's Cut Copy, further South in Brisbane there's a darker shade of intelligent club-banging brooding. YesYou are two dudes, Jono Kirkham and Gav Perry, who have given some cube-gleaming production assists to Australian up-and-comers like Jinja Safari and DZ Deathrays.

Live, they jam as a four-piece. But as two, in the studio, they're cutting some cryptic, top music classics like the "Frivolous Life," a Marcus Azon (Jina Safari) laced tale about a man doomed by his pleasures, but still riding those pleasures deep into the handclap and electro pop, heel-stomped "red dust." Think sad-era Chris Martin fronting Foster The People:

Kirkham and Perry's sonic paintbrush gets kaleidoscopic, though, too, which is why we're so enamored with their first EP that just dropped this past November. Lots of chillwave and MGMT-esque synth-strokes going on.

Their breakout jam, key-twinkled "you don't know the half of me" lovers' lament, "Half of It," may steal your attention at first. But fondle that skip button over to the the aqua-psych-scapes of "Frozen," where a beautiful mashing of Passion Pit thump and catharsis and achy femme-vocal Memoryhouse sheen blast together a "paralysis" like a Skittles rainbow colored black. Of course you know what they say about going black?