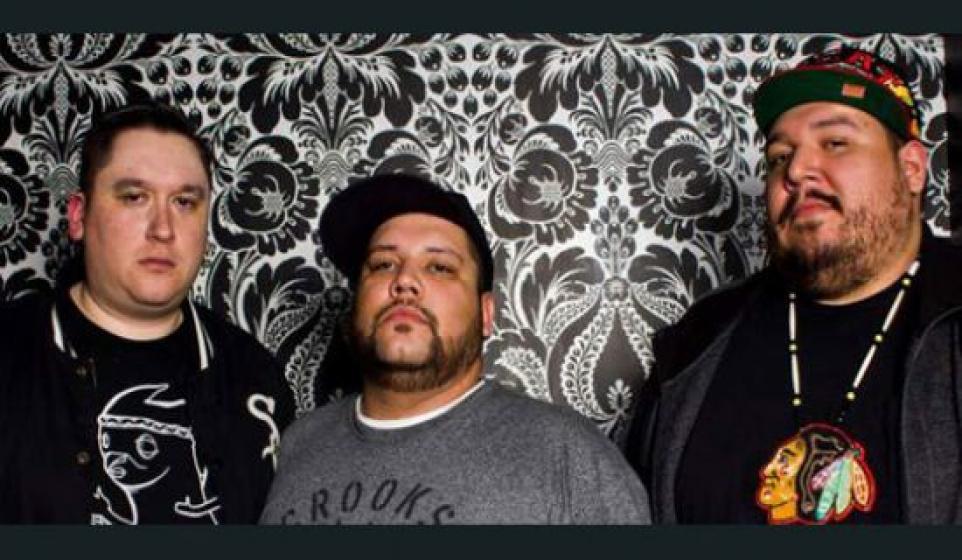 Well, today we’re gathered here to say hello to a beautiful lovechild from this eclectic genre tryst known as “powwow-step” and its collective fathers – A Tribe Called Red.

This Canadian electronica outfit isn’t just your conventional EDM project-next-door, because they bring their A-game when it comes to the infusion in fusion (or vice versa). A Tribe Called Red were kind enough to share the ingredients they used for blending up this delicious genre smoothie they call powwow-step:

However, the true zing in their music stylings of the three DJs, Ian "DJ NDN" Campeau, Dan "DJ Shub" General and Bear Witness, is brought out by the awesome incorporation of Native American elements. The aboriginal flavor gives a whole new spin to progressive dance music, and makes their songs too infectious to dance just once to.

Their popular track “Electric Pow Wow Drum” kicks off with the signature heartbeat-mimicking thumping drum beat followed by electronic pulses and fuzzy falsetto voices that keeps multiplying in intensity and texture every passing moment. “Bread & Cheese” is another solid example of their perfection in making a three-way open relationship between artful expression, old school tradition and modern music mixing look not so complicated.

With a healthy line-up of global gigs in their schedule, an acclaimed goodie bag of tracks to dish out and a soulful stick-it-to-the-man demeanor, there’s no reason for the rest of the world to not be thoroughly wowed by the Fathers of Powwowstep. A Tribe Called Red’s the name, dial it in your iPod for worldwide acclaim. (I must stop being a closet rapper now, but do give them a listen!)