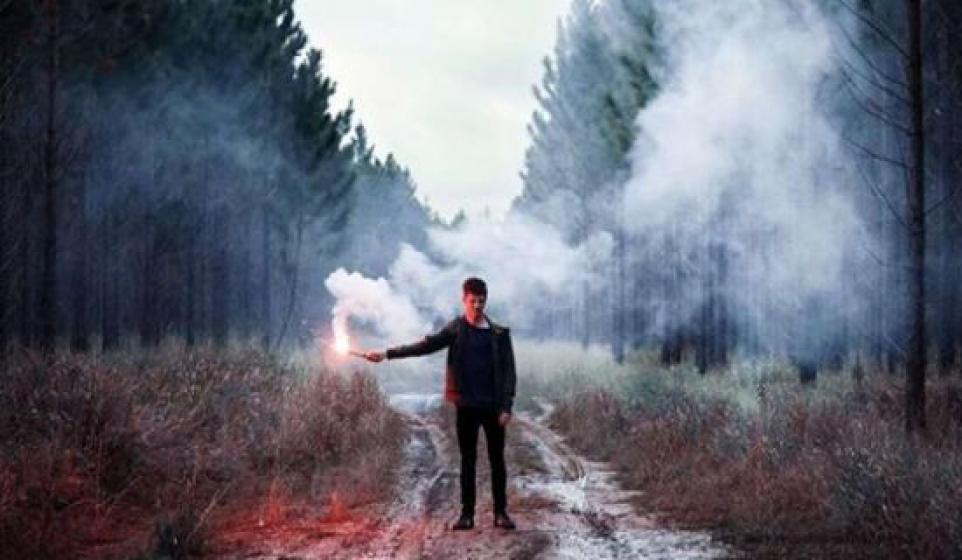 In today's increasingly business savvy world where in order to make a dent you need to have a defined brand and overpowering social media presence, it's nice to see a band either naively-unaware or just not giving a single f*&#. Whichever one of these the impossible-to-Google new artist Argentina is, is relatively unimportant. While there was likely another moniker Australian-born producer Alex Ritchie could have chosen to make his work more instantly accessible to the masses, once you hear his music you realize not only that it wouldn't matter what name he'd chosen because this rules, but also that it seems absurd for this band to be called anything but Argentina.

While he's joined by a trio of talented musicians when performing live, Argentina is first and foremost a solo project for Ritchie. He's spent years honing his craft and now the world is getting to see the fruits of his labors. Argentina is infectious, often dark and moody indie pop that sounds like a more electronic and less folksy Los Campesinos! Crafting songs with huge pop hooks, emotive lyrics, and off-the-wall energy it's not hard to see why Argentina has amassed the buzz and following they have. Tracks like "Bad Kids" and "Not Your Friend" build and build energy and tension before releasing it all over dazzling synth-driven rifts and hooks. The best Argentina songs have a cathartic feel to them once they've finished, a purging of all that bullshit adolescent angst we never seem to outgrow.

And even if you don't have a similar take away from songs like "Chalk Outlines" and "Creatures," it's still great pop music.

Often lost in Ritchie's impeccable skills as a producer is his very real talents as a lyricists and songwriter. He has the very underrated skill of matching the tone for his lyrics and music. Raw and introspective lyrics are buried beneath layers of synth that help build his songs' unforgettable atmospheres. This guy is far from a one-trick pony, and not to again dismiss the talented artists who accompany Mr. Ritchie on stage and help to flesh out his live sound, but this is clearly the work of singular vision.

Now having said that, what sets Ritchie apart from a handful of other talented bedroom producers is that he has the live shows that cash in on the promise of his tracks. Argentina's live shows have drawn rave reviews as the band has shared the stages with such notable acts as Neon Indian, The Maccabees, Emma Louise, and many more.

For now Argentina's success has mainly been confined to that island they call a continent. The guess here is that it won't be too long before the rest of the world falls in love with this band while wondering why they're named after a country that's nearly 8,000 miles away. Then they'll keep listening to the music, stop thinking about it, and it'll all finally make sense.