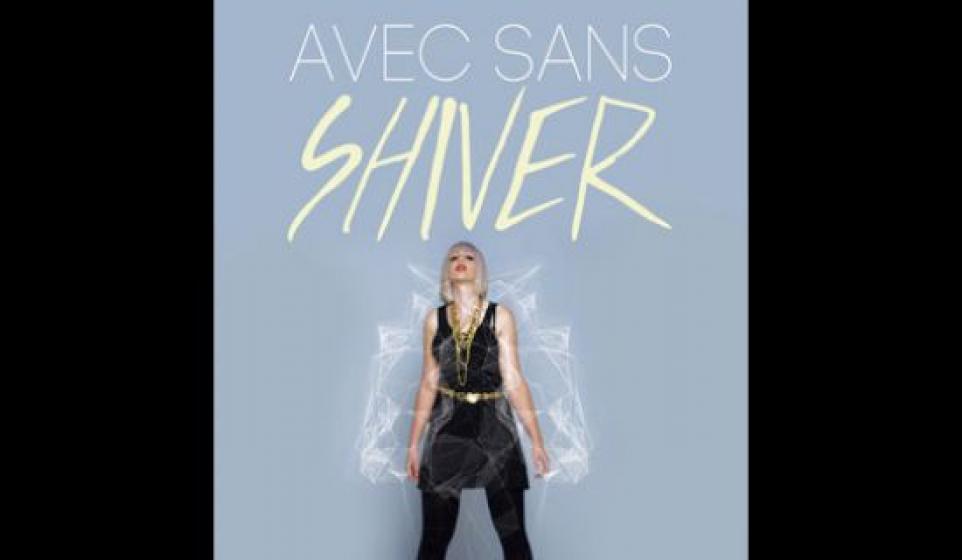 On first glance at Avec Sans’ SoundCloud Page , you’d think the UK duo to be a cover band or some sort of production team who specializes in remixes like Mark Ronson. Most of their new releases have been covers or remixes, like the most recent TV on the Radio cover of “Will Do,” or Bon Iver’s “Perth.” Once again, I find myself liking a Bon Iver cover because the cover is exponentially better than the original. Maybe Bon Iver should just write songs for other people?

Aside from kickass remixes, however, the relatively new group definitely have their own sound. I’d say it’s kind of like cleaner, more digital 80s electro pop, heavy on the pop. The pop-heavy vibe is mainly due to vocalist Alice Fox. Alice Glass she ain’t, so don’t get it twisted; Fox has her own sound, with a focus on pretty and mildly ethereal. Their most recent original track, “Shiver,” features her bell-like, slightly ravey voice heavily:

Fox’s synth-happy counterpart, Jack St. James (I don’t believe for one second that these are their real names, by the bye) is masterful in “Shiver” and other tracks at complementing the timbre of Fox’s voice with the appropriate bleeps and bloops while creating his own layer of sound. This kid is so remix happy that he regularly remixes his own songs! Behold, the dubstep/even more 80s version of “Shiver,” available for free download on SoundCloud:

St. James seems to really like playing with his gear (not a euphemism in this case).

Further evidence of Jack St. James’ love of messing around with his equipment is in the fact that he had the brilliant thought to install lights in the Novation Launchpad, a live mixing board which features heavily in Avec Sans’ work. He contacted Novation with the idea that installing the lights and syncing them up with the beats and samples as they’re being played, allowing whoever was performing behind the boards at a gig to turn the Launchpads toward the audience and thus have a much more interactive experience. As someone who’s been involved in the electronic music scene for longer than I care to express here to you whipper-snappers, I can tell you that the problem of electronic performers being able to really engage with their audience is an old and seemingly unsolvable one, and this kid just came along and solved it in about 30 seconds. No more jumping around the stage in your socks to get noticed, Skrillex. No more throwing cake for attention, Steve Aoki. Get yourselves a Launchpad.

St. James’ Launchpad lightshow is truly cool, and is featured in the video/commercial they did for SWEAR shoes:

I refuse to admit that I want the shoes Alice Fox is wearing in that video. Advertising does not work on me! Now what’s this thing about miraculously restored hair I keep seeing from Aussie hair products on BitCandy?

Despite being such a new group and despite their cheeky hipster name (“within and without” in FRENCH?), Avec Sans seem to already be making a name for themselves with the clean electro lines of their music, their thousand or so remixes, and their groundbreaking equipment vs. performance ideas. Incidentally, Aves Sans haven’t toured yet, so the light show about which I am so jazzed currently remains relegated to videos and pseudo-commercials. No news on any tour dates yet, but keep an eye on their website, as Novation would do well to sponsor them for a tour as they are single-handedly taking the Launchpad to new levels of rave. Electro out the rest of your summer with Aves Sans’ pretty, poppy electro sound and watch them blow up soon, y’all!  You heard it here first, just like always!