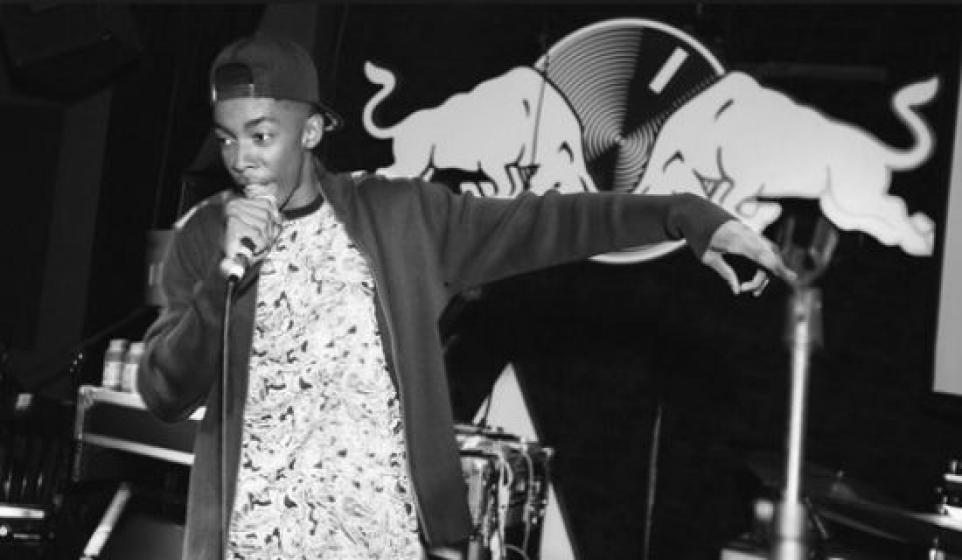 You know that dream you have where all of your wildest ambitions and fantasies come true? You get to do what you love, and as it turns out you're really, really good at it. On top of that everyone loves it, including your biggest heroes and influences. Emerging artist Bishop Nehru isn't having that dream, he's living it.

Barely 17 and hailing from the New York City suburb Rockland County, Markell Scott has the life you aren't brave enough to dream of. The young emcee has already received co-signs from living legends like Nas, Wu Tang Clan, and MF DOOM. Along with Tupac, that trio comprises Scott's greatest influences. Not bad for a kid who won't even finish high school. Yes, along with having his craft validated by his heroes, Scott also got the better of every teen's ultimate nemesis: school. "I wasn't fit for school teaching," Scott has said. Scott was diagnosed with ADHD, and his teachers found his behavior disruptive as he was unable to sit still in class.

The work of Bishop Nehru is busting at the seams with creative energy, so it's not surprising that he was easily bored with school. Bishop is currently not attending high school and believes that if he were to go back he'd be expelled, given his relationship with administrators when he left. Not that it matters anyway, he's got other things on his plate.

The reclusive MF DOOM has done more than just sing the praises of the incredible young artist, he's putting his money where his mouth is. The two have a forthcoming collaboration entitled Nehruwian DOOM, on which they share all duties. The fact that DOOM would trust someone who can't even buy beer in his home town behind the mixing board should tell you just how highly he thinks of this rising star. DOOM goes beyond that however, saying that there's nothing he can really teach Nehru: "Emcees are born. You can’t make an emcee out of somebody who has never been born to do this. It’s innate talent. I can’t really give advice to another young master."

At the age of 13, Scott started making jazz tracks. This was his first foray into the world of music. Realizing that he wanted to make beats and showing incredible wisdom for someone his age, he went about teaching himself jazz. He chose jazz because before he started making hip hop beats, he wanted to understand music first, a idea he got from his father. Before he ran he wanted to learn to crawl first. To recap, in middle school this cat taught himself about jazz music to help himself create hip hop beats later on. In 8th grade this kid was smarter and making better decisions than I currently am...

Taking his name from Tupac's character in Juice and the former Prime Minister of India, Bishop Nehru wants to reinstate the Golden Age of Hip Hop. As you might suspect from an emcee who takes one half of his name from a politician who helped Ghandi further human rights in India but rarely gets credit it for it, Nehru is on that conscious shit. Spitting lyrics that show a maturity far beyond his years, Bishop has the flow to match too. He seeks to move hip hop and rap away from the extreme materialistic state it currently finds itself in. Whereas rappers once talked about the things they didn't have but wanted, things have clearly changed. Hip hop's current obsession with the gaudy and extravagant have taken the art out of the music, according to the 'young master.'

Normally I wouldn't count on a 17 year old to do much, especially not ignite paradigm-shifting cultural movements. But Bishop Nehru isn't your normal teenager, not by a long shot. At this point, I'm guessing he's going to accomplish whatever he sets his mind to while continuing to make kickass music along the way.