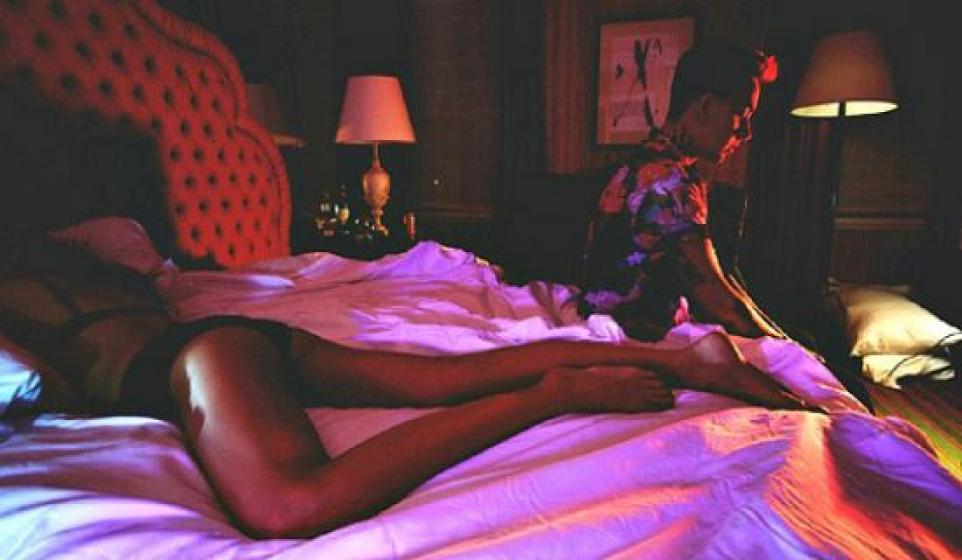 If you like white guys from LA that can sing sweet RnB like it’s nobody’s business then this new artist will definitely be your new jam. I reckon this guy grew up listening to a whole lot of ‘N sync in the 90s and then suddenly got into rap when the 00s came around. I know because the same thing happened to me, and I have an amazing taste in music. He’s also full of tattoos and kind of looks like a young Eminem. What more do you want?! Anyway, Blackbear makes his very own brand of RnBear and people have definitely taken notice. So before this dude skyrockets off the top of the iTunes charts, listen to this and tell people that you were down from the very start. “Started from the bottom now we Bear.”

Let’s be honest – the title of this tracks looks a lil’ douchey. Like maybe something Justin Bieber would release during his all new rap career. But all jokes aside, 200,000 plays on Soundcloud speaks for itself. I especially like the line that goes, “She only wants to f*ck my ego” and the Christina Milian in 2004 reference. I thought I’d include a photo to further illustrate the meaning behind that one:

This guy is real emotional. You can tell from his music that he’s a sensitive soul. A real gentlemen. His Instagram feed however, says otherwise. But it kind of makes me like him more, to be honest. Back to the song – it’s got a bit of everything, doesn’t it?! Slow, smooth beats, tear-evoking lyrics, a potential to become sex music (either breakup or makeup) and some deep, deep vocals. Is it your new favourite song? Probably.

Now this is the kind of sh*t that I like. Blackbear is breaking some serious hearts with his soft-ass voice and incredible production skills. I mean, just look at the sort of fan messages he receives (on Souncloud):

”are u magic the way ur recorded voice makes me feel some type of way” – Raisha Hussain.

Maybe the key to pleasing all women is sexual intercourse in the afternoon. Blackbear seems to be pretty popular for it.

I wasn’t going to include another song, but then I heard this one and it’s too good not to share. Those LA references are pretty cool and I think I’m in love with the word “Califormula.” Also, if you’re a fan of Blackbear’s singing, then you’ll probably want to listen to this. It’s heavenly! Especially if you consider drugs to be a part of heaven.

So now you know who Blackbear is and you can prove it by liking him on Facebook and all that crap. Here are the links, you know what to do! Catch you on the flipside.