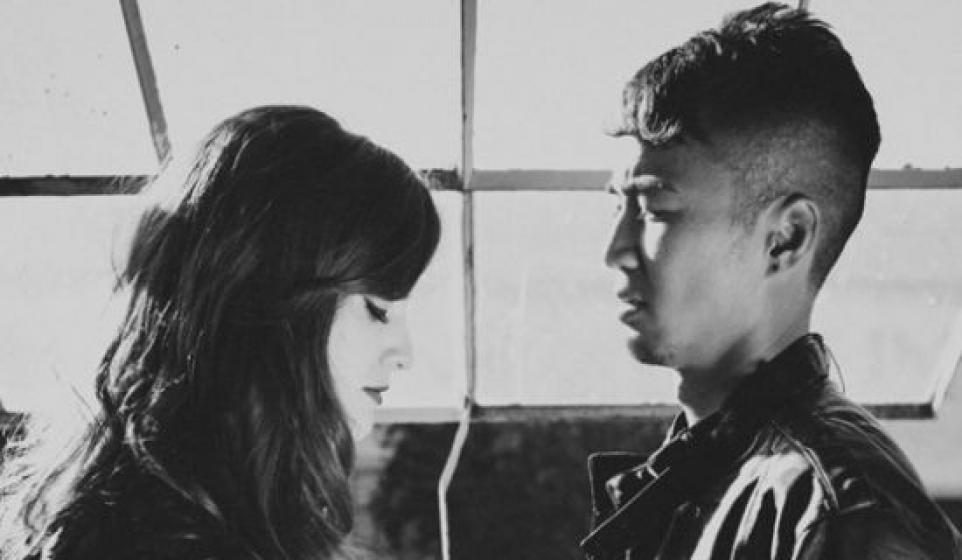 Wake up San Francisco! No we’re not stumbling through any Full House nostalgia or hunting for the hottest tech start-up in town soon to be acquired by Facebook. We just want you to make your ears privy to the spectacular sounds of an unsigned artist duo residing in your lanes. The name you’re looking for is Cathedrals and you’d be doing your hipster portfolio some serious damage if you choose not to invest your fanboy love in them.

As the pet project of vivacious vocalist Brodie Jenkins and interesting instrumentalist Johnny Hwin, Cathedrals has embarked on a promising trip through indie kingdom already. Refreshingly, they concoct together a genre I am fortunate enough to be totally oblivious to and bother researching similar artists to make barely correct comparisons with. A big shout-out to Bitcandy curator Pavit B for this awesome find!

However, if I had to sum up what their mesmerizing amalgamation of swirling, smoldering vocals, minimalist beats and shimmery electro-pop tunes sound like, I’d say it’s like a fuzzy British version of chillectro-pop.

Unfortunately, since it’s a little uncharacteristic of me to not flash my hipster credentials because of my unwarranted ego, I’ll make an amateur comparison anyway and say that Cathedrals sounds like the lovechild of Phantogram and London Grammar. If that doesn’t get your nipples hard, I don’t know what will.

Their first single, “Unbound,” has already proved to be a smashing hit on Soundcloud by gaining over 300,000 plays and snatching up the top spot on Hype Machine 2013.

The second single, “Harlem,” is a masterful blend of flaming vocals, diverse beats and orgasmic guitar riffs. The electronic vibes blend in perfectly with the sweet burning build to the song.

Cathedrals is one of the rare examples of a duo band that makes both its members look like superstars and play off each other even better to look like megastars. As corny as that compliment-laden analogy was, Cathedrals is bound to become a massive hit in the world of indie electronica. It is known.