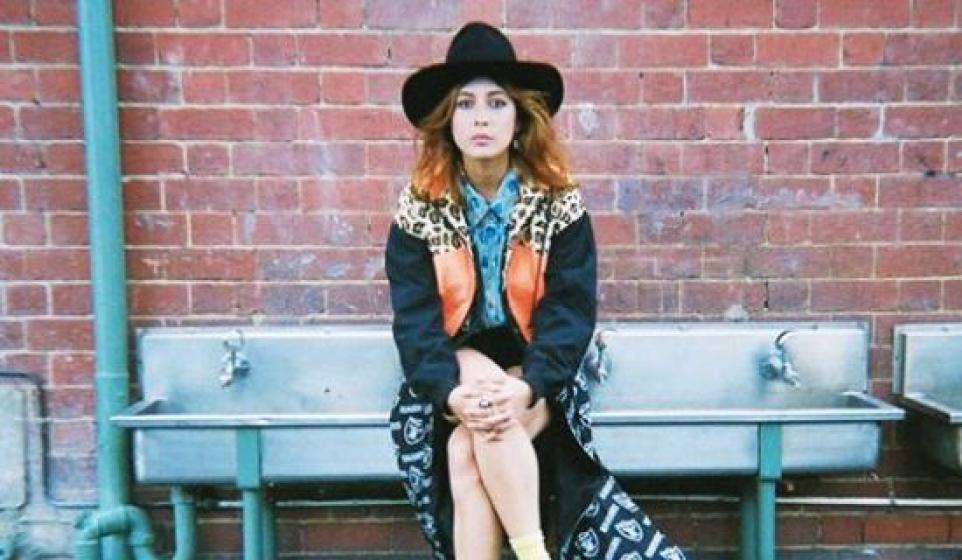 Meet Chelsea May Wheatley, otherwise known as Chela. Coming to us from Melbourne, the 24 year old first created buzz on the blogosphere when she provided the vocals for Goldroom’s popular track, “Fifteen.” Now this new artist is on her own, creating synthy electro-pop with a Tumblr-approved fashion sense that is sure to grab the attention of fans of Robyn and Icona Pop. But the comparison shouldn’t take away from the fact that she is making some seriously catchy, stand-out music that sets her apart from the sea of electro-pop acts that have been popping up this year.

Featuring electric guitars, funky electronic beats, and a great falsetto, “Romanticize” is a track that shows she is definitely ready to take the stage at Coachella next year. With lyrics like, "It’s shaking, it’s shaking the ground it’s a-breaking/ And you can’t control it, so own it and feel good," it’s a great song to listen to the next time you’re stuck in a negative mood and need a reminder to snap out of it. Plus, it will totally make you want to dance, so that alone should make your cares go away (well, for three and a half minutes at least).

“Vegas Nights” is a mellow, slow jam with a beautiful chorus I absolutely fell in love with. Going along with the title of the track, I imagine it serving as the perfect soundtrack for driving through the desert while the sun sets, and you slowly approach Vegas’ neon lights. She sings, "I had a friend who did me wrong/ and now I can’t trust no one," making it a song about feeling like giving up on everyone and just being by yourself, that we all can relate to. It’s simply an enchanting sounding track.

Keep up with what Chela does next by keeping tabs on her SoundCloud page and show her some support on her FaceBook!