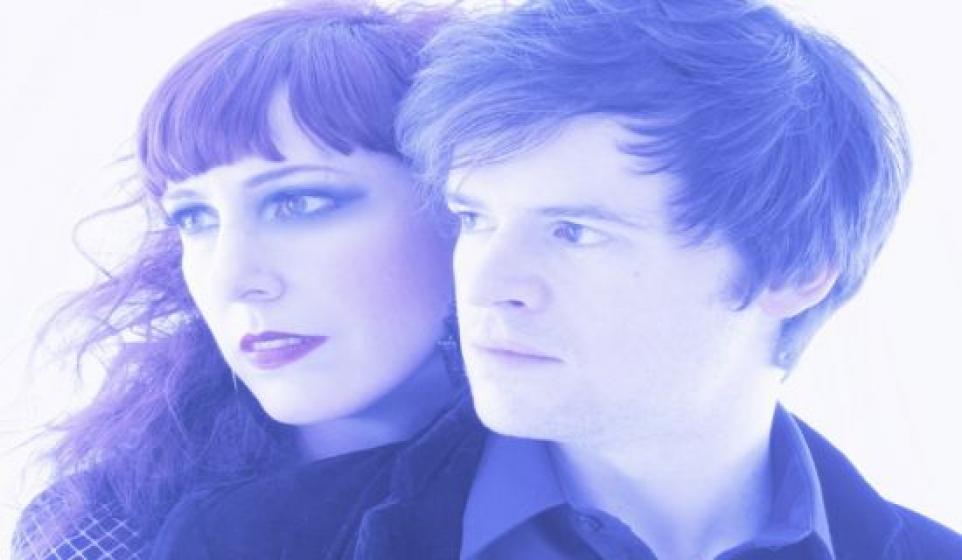 New Artists: Clementine and the Galaxy

Oh gosh…..gee its Sunday so I think I'll go to a grocery store to push a cart around like a psychotic drain cleaner addict looking for his missing left sock. Which reminds me, if there is a left and right sneaker, why aren't socks so labelled, that way they would be more stable and not so likely to let themselves get TAKEN while they cruise the laundromat for the perfect mate.

BANG! BANG! BANG! Clementine and The Galaxy are...well...awesome. I heard "Taken" blast over the washing machines while I cooly watched the dryers spin in the middle of the night.

Clementine and The Galaxy is a duo (fooled ya, didn't I? Yup...the drummer and keyboard player are hired guns) comprised of siren Julie Hardy and guitarist/producer Mike MacAllister. Julie looks like she just stepped off the set of Mad Men and sounds even better, while Mike reminds me of Lindsay Buckingham of Fleetwood Mac fame. As a songwriter and producer, Mike hauls serious ass. They are masterful together and their harmonies and song structure remind me of 1976 Fleetwood Mac. Fxcken Killer!

If their video for "Taken" reminded me of an elegant Fleetwood Mac like band modeled after the hit series Mad Men, then Clementine and The Galaxy's video for "Robot" reminded me of an early 70's David Bowie flick with Mike the 'mad scientist' whipping up a batch of X which Julie 'the reluctant chick' threw back in rebellion against her self imposed sexual stereotype while 3 nymphs, where they came from I have no idea, guzzled the X because life is a party, of course.

Actually, I don't know anyone who gives a flying fxck off a rolling donut about that shat anymore. What people care about is the music, and together Clementine and The Galaxy rock hard.

To see what Clementine and The Galaxy are really about check out their site. The next time you read about them, I bet they'll be in the top indie bands section. Trust Your Instincts!!!  Lastly, Thanks to Duffster (one of our top Curators) in finding Clementine and the Galaxy.