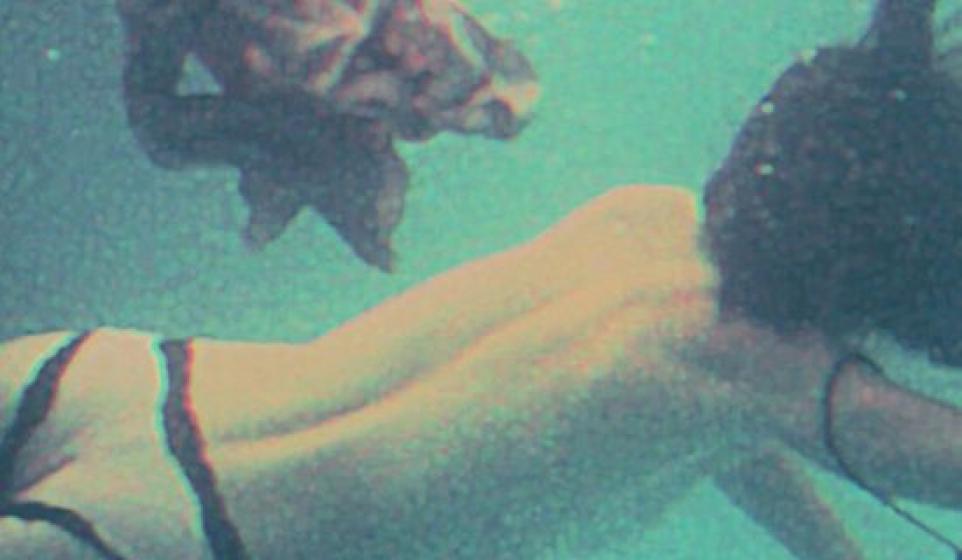 I don't know about you but...I feel retarded watching a video that is simply a boring photo, so I don't. But i think you need to check out "Surge" by Cosmo's Midnight.

Is anyone, other than a heroin addict, going to stare at a television test pattern while an epic thriller blares in thunder in the background? No...so I hit up the Cosmo's Midnight FB to see if something other than still life lived there too. Well, I read their bio, which goes exactly like this: "We make music on computers." Bloody awesome, and I fry chicken in a frying pan.

I'm taking a break from this to watch some chicken wings spit hot fat at me like a crew of drunken New Wave punks spitting at each other. After 10 minutes of that, I tired of getting spat at by seething hot chicken wings; besides, one thing lead to another and I found that the duo are twins named Cosmos and Patrick, they come from Sydney, but where the Hell did those damn chickens come from and who cut off their wings? Poor little birds. But I digress.

The lads kick out a charming chill out sound which "Phantasm" exemplifies:

But that still life, boring as watching paint bubble in the noon day sun, just won't go away. But what the fxck, Cosmo's Midnight is easy listening cool. Their track "Lane 8 - Be Mine" continues that vein.

Maybe a video would have just gotten in the way. We'll never know, will we, unless they explode, which they just may do. After all, I'm not God and am only expressing my sentiments.  And the music is great.

Don't be too shy and make up your own mind about the twins from Down Under. Their Soundcloud softened me a bit, and maybe, just maybe, they'll be featured here: Chill Out Music - in a few months. After all, stranger things have happened, like Al Gore leaving his fleabag wife Tipper for a stripper with a coke problem.