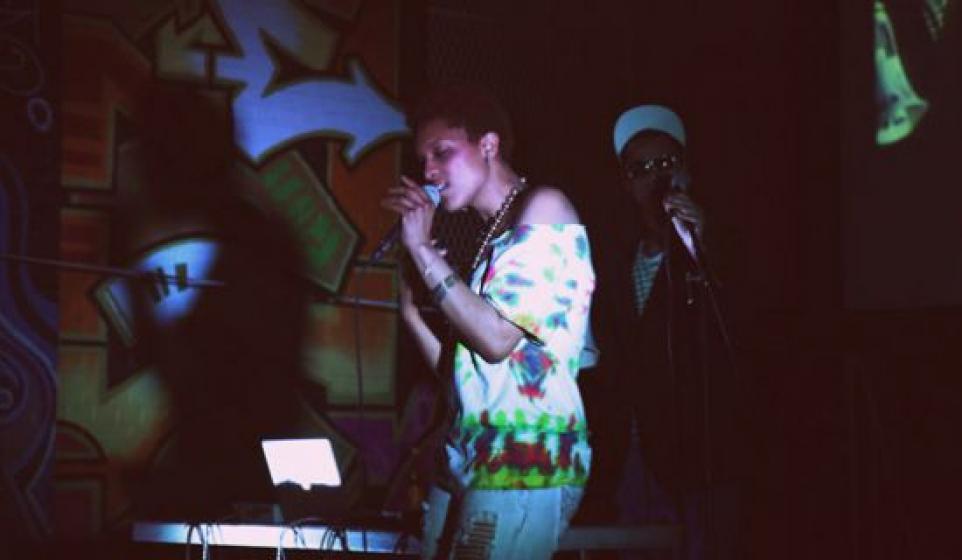 Unfortunately or not, depending upon your perspective, she grabbed a hand towel in her rush to answer the door. She's expecting the first EP by Dentia and Sene to arrive any time. She ordered Blah Blah Blah a week ago but she's cool. And sure enough "The Postman Always Rings Twice." He was on his way back to his truck with her delivery in hand when she opened the door into the morning sun, shining like 'The Nude' she is so perfectly. With her steamy shower voice she summoned the postman toward her, with something like this:

Denitia and Sene remind me of Hall and Oates except their vibe is Philly Soul with electronic music blended like egg whites and sugar into a meringue for a lemon pie. Yeah, and they ain't two dudes, this duo is woman and man. Denitia with her hip look and sultry voice tuned perfectly with his, their voices floating like wisps of smoke from two cigarettes left to chill in an ashtray to Sene's electronic vision. I think 'Casanova' is a perfect example of what I mean:

Did I say Hall and Oates but mean Sade? No... but for 'She's Not The Only One,' Denitia is all Sade and Sene her soul. Watch this video and listen for it:

'Breathe. Scream. Dream.' slides me back with their sultry Hall and Oates style once again. It has it all and more. I've been waiting for the indie and electronic scenes to collide and they have full force:

Denitia and Sene have hit the ground running with Blah Blah Blah, their first EP. Next time you hear about this sultry duo, expect to hear it here: Best Indie Albums.

Thanks to the Duffster man, one of our BitCandy Curators who gets the credit for the find identifying them first a few months ago.  If you're intersted in becoming a Curator and getting credits for your new artist finds just click the Curator box in the menu.