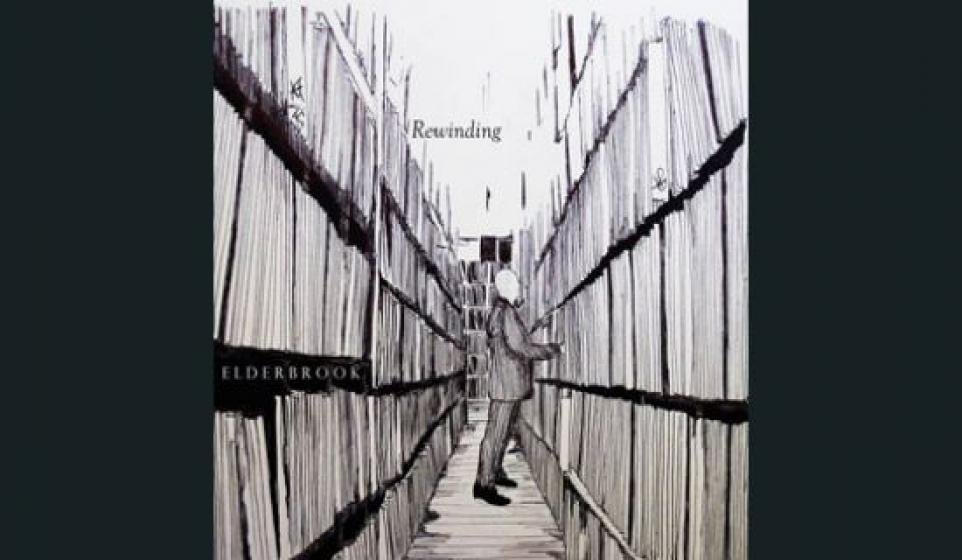 “Well screw me with a feather: I like a house song,” was the first thing I thought when I heard Elderbrook’s single, “Rewinding.”  Granted it is an extremely chill, downtempo house song with intermittent syncopation (phew!), but a house song nonetheless.

Being a die-hard drum and bass-head, it is normally my duty to scoff and snarl at anything straight beat, but Elderbrook is really intriguing, and upon listening to his other singles, he's definitely not attributable to one genre. Our curator Benny Urich has managed to bring us a surprising pick in Elderbrook.

“Rewinding” and Elderbrook’s other single, “Going,” appear to be the only tracks released on SoundCloud so far by the UK-based producer, who also goes by Alex Kotz, and it doesn’t look like he’s signed. He only has 528 likes on Facebook and no dedicated website other than his SoundCloud page – is your hipster-sense tingling yet?

“Rewinding” has quite a bit of diversity in and of itself. The aforementioned house beat is very sparse, allowing for the also aforementioned syncopation to take place. There’s an element of funk and rove to it as well, mostly in Elderbrook’s vocals. Something about this and his other single, “Going,” remind me a bit of Ghost Poet, but Elderbrook is a little less experimental, a little more subtle.

“Going” contains an even more minimalist backing beat that can’t even be called house (phew again!), with a more definite lean towards jazz and soft funk. The sampling in this track is also very interesting, borrowing from some sort of horn blast and then cutting off and distorting it before it can build.

I’ve managed to scare up a third track on YouTube, called “Shoulda Done,” which I can’t figure out its date in relation to the other two, but it seems a little different in the sampling, which contains a minimally manipulated female vox sample off of which he builds his own verse. This track is my favorite of the three, and also the most house! Well, just color me converted.

Though diverse in their tone and sampling, what is consistent in all three of Elderbrook’s tracks are his lyrics. As I mentioned before, very bluesy both in tone and timbre, Elderbrook has a wispy tenor that sounds as self-contemplative and soul-searching as his lyrics read. Technique and genre aside, one really gets the feeling from Elderbrook’s work that he uses music as a form of therapy as a creative outlet (those two seem to cross streams quite often, no?).

I’d guess the best thing to do to keep up on Elderbrook news for the short time he remains this obscure is to “like” his Facebook page and follow him on Soundcloud. Both “Rewinding” and “Going” are available for free download on SoundCloud, and I suspect an EP may be in the works, as there’s album art attached to the two tracks featured there. In the meantime, sit back and groove with this cat, and feel free to pull your straw fedora down over your eyes and contemplate your navel with a Swisher in your hand. Oh yeah, it’s that kind of groove.