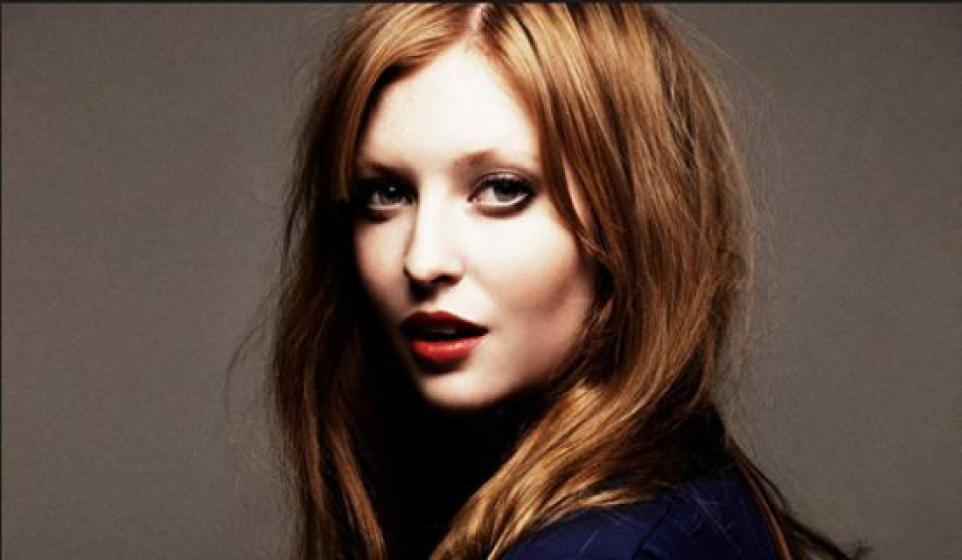 Scandinavians may lead the world in happiness, but you wouldn't know it from listening to the music of new artist, Faye. The petite, sultry redhead has a penchant for melodramatic pop songs with thundering choruses. Combining the darker electro-pop sensibilities of Lykke Li with provocative vocals reminiscent of Adele and Florence Welch, Faye creates songs heavy on hooks and emotion. And since she's female and Swedish, I should probably compare her to Robyn.

But most of all Faye is herself. And she's fantastic.

FAYE "WATER AGAINST THE ROCKS"

Born in Stockholm, Fanny Hamlin got her start in the music industry as a teenager. Along with her best friend, fellow Swedish diva Rosanna Munter, Fanny won a spot in the all-girl pop group Play. I have never heard of this group, and I think had I gone looking for such an act the NSA would have confiscated my laptop by now. But my ignorance doesn't mean the band wasn't a huge success. In fact, they even opened for Destiny Child! Rumor has it Beyonce actually told a young Fanny to avoid the industry all together. While I personally wouldn't have the gumption to ignore any advice Beyonce threw my way, I'm thankful Hamlin did.

Teaming up with production duo Montauk, Faye felt like she's truly found her voice. Unlike the power pop stylings of Play, Montauk outfit her vocals with heavy bass and an electro-feel that best suits her. Listening to the finished product it's hard to argue with that. Although a recent move to Capitol Records, announced on her Facebook page, has led her to team up with the renowned Rodney "Darkchild" Jenkins, of Mary J. Blige and Janet Jackson fame, and Daniel Heath who worked most recently with Lana Del Rey. Given the heavyweights she's now working with, it's possible we've just seen the tip of the iceberg in regards to the music of Faye.

FAYE "COME TO ME"

Along with being a teen pop star, Fanny Hamlin was also a model, usually combining her musical talent with her good looks for TV ads in Sweden. She attended Rytmus, a performing arts school in Stockholm. So essentially her life story is the one Josh Schwartz was born to write. On paper Hamlin has lived a charmed life, yet her songs touch on themes of heartbreak and hardship that anyone can find relatable. When you consider her background it really does make her songwriting a tremendous feat. Thus far her solo career has had a couple false starts, but with this amount of talent she'll break through eventually.

Even if the solo gig doesn't workout, she can always re-join Play or go back to modeling. No seriously, she totally could. How in the hell does this girl write these sad songs? I really don't know, but I'm glad that she does.

In case you're new around these parts, allow me to tell you about we're changing the face of music blogs. Our Curator program pays you for discovery previously unknown or under-appreciated artists. It's a win for everyone, so get started today.