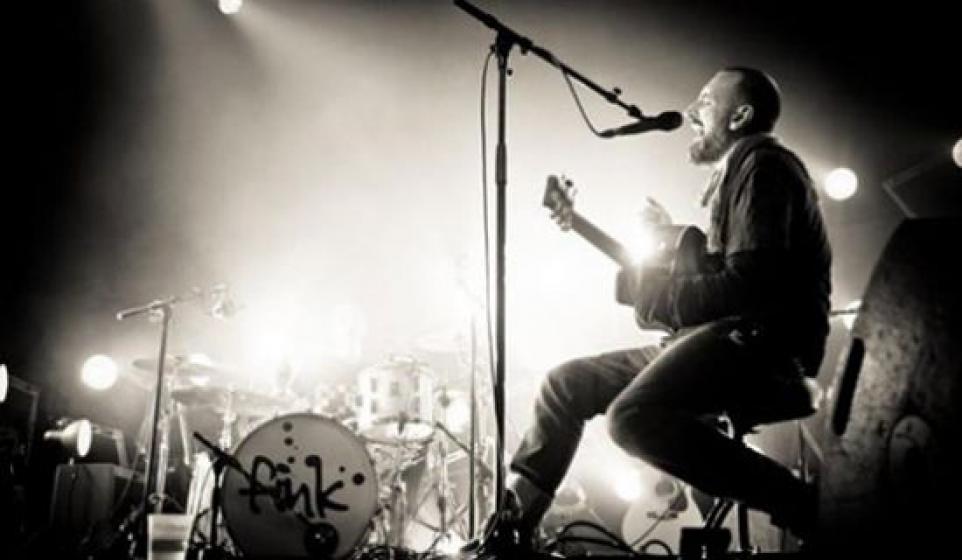 Music provokes emotions and feelings. Duh! But Fink makes me feel like I’m being hit by an invisible wave of warmth, cavalry and something too deep to explain. Such a rich voice is often unflattered by mediocre lyrics and annoying rock pop, but not this time! Fink, unlike the name suggests, is a one man show. Fin Greenall to be precise. He’s another English singer-songwriter who is doing a whole lot of right with his talent and I love it. A righteous high five goes out to Bitcandy curator Prashant Bajpei for finding this guy.

If a song is good enough to feature in a scene from The Walking Dead, it gets an A in my books. Warm Shadows sounds moody, bluesy and is a great soundtrack to any hangover. It’s fast-paced, yet slow enough to get you in the zone of experiencing everything Fink has to offer. Now all it needs is a ripper music video and 1 million downloads on iTunes. I love the sporadic words that make up verses that just never seem to end, like one thread of wool you just can’t help but pull at.

Now watching this guy live is a whole other story, even this YouTube video does justice to his captivating sound. Sometimes all you need is a guy with a beard and a guitar to really get you and make you feel a little less alone in the world. Berlin Sunrise isn’t too different to the previous track, but clearly this guy feels strongly about the Berlin sunrise. I get a strong sense of Eddie Vender in this track and in my mind, there’s no better compliment than that.

Apparently if you’re looking for some sweet sounds with a unique sadness and lyrical content that just sets your soul on fire, head to Brighton, England. That’s where they’re keeping them nowadays, and Fink is right at the top of the list. If you’re looking for the best place to start your Fink collection, head to iTunes and download his live album called Wheels Turn Beneath My Feet. After that, you’ll be spending your days searching the internet for every song Fink ever recorded, but hey, who said isolation was a bad thing anyway?!