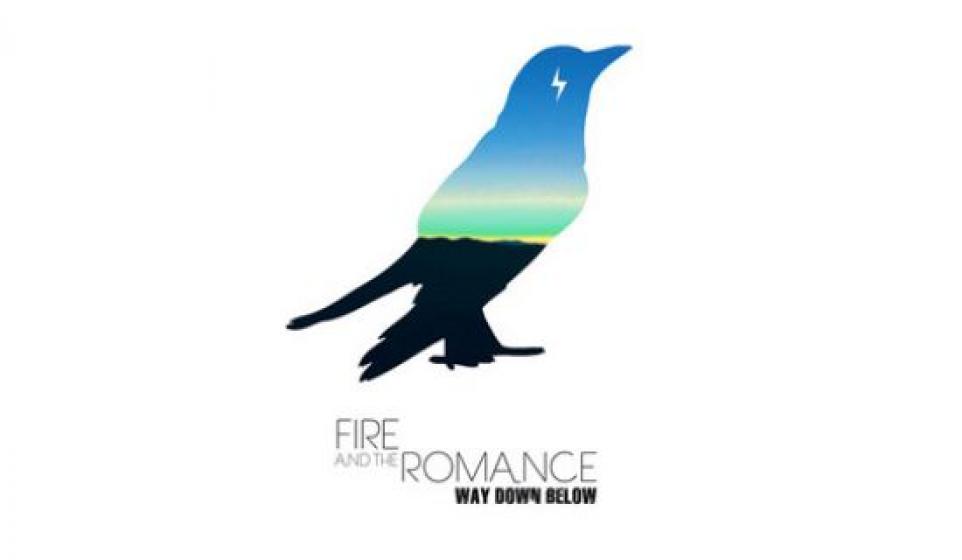 Well, this is an interesting new ego-driven format: a band with one core composer, producer, writer, singer, and the rest of the members are fluid, replaceable, and bi-costal. I guess you probably mitigate band drama a bit if you keep your instrumentalists separated by 3,000 miles. Lemme ‘splain – no, lemme sum up.

Fire and the Romance were formed only very recently (August 2013) by South African virtuoso/ego tripper Dion Roy, and includes members who are based in both New York and Los Angeles, as Roy divides his time between the two cities. Granted, all of his band members play different instruments, so you don’t have, like, two bass players or anything. Ok, maybe it’s possible that this musician-spread is in order to create as diverse a sound as possible, but I’ve got my eye on this cat. The band's bio emphasizes its diversity: "Influenced by multiple genres, F&TR is a modern take on a traditional band sound, using the global experiences of a diverse group of songwriters, producers and musicians."

FT&R's first major release, "Way Down Below," aims to soft-pitch the product of this NY/LA mishmash in anticipation to the soon-to-be-released EP, Adaptations. Heavy, feedback driven bass and minimalist guitars help to feature Roy's raspy, Frank Black-esque vocals and clean lyric delivery. A modern element is added to the track by way of a light synthy keyboard sample and gives listeners a preview of FT&R's more diverse style to come.

The video similarly introduces some of the members of the band via an indie-shot bonanza. I’m assuming the members in the video are those who worked on this specific track, and possibly also the West Coast members, as it’s shot in LA:

From both audio and video on “Way Down Below,” the audience get a teaser of great things to come on Adaptations and beyond; the potential is virtually oozing out of Dion Roy's eyes, as if to say "wait til they get a load of me." And wait we shall, for the new EP as well as some probably really fun Billy Corgan-style frontman antics.

The free download of "Way Down Below" is available on the Fire and the Romance SoundCloud page. Keep up with FT&R news and look out for the forthcoming EP, Adapations, at http://fireandtheromance.com/.