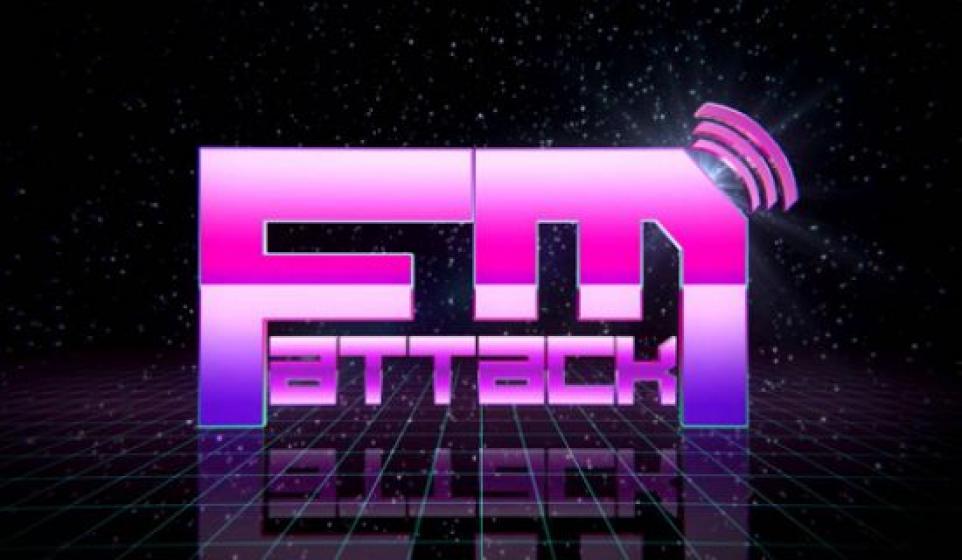 Ever wondered why there aren’t any music scientists? Because the last one who tried his luck and tried to map out the DNA of music ended up going insane. His name was Aphex Twin. But we’re writing this sumbitch not to discuss case studies, but to introduce you to a sexy mutant genre baby that has evolved to electrify and serenade you with a hybrid nu-wave/disco style. Say hello to FM Attack. (A big shout-out to BitCandy curator Pucken for this awesome find.)

I am aware our readers do not speak Synthesizer fluently, but all you need to know is that you’ll be too mesmerized by the dreamy, synth-laden pop tunes that will ignite your ‘80s nostalgia for sure. The playful electropop theme and addictive beats of FM Attack’s songs makes you feel like you’re Zoolander cruising the beaches of Miami with Robocop and a few honies in the Knight Rider car.

That my dear, is the magic of Synthwave – a genre that FM Attack is perfecting with their funky new experimental pimping out of old school ‘80s disco pop. They do a mighty fine job of picking up the torch lit by Kraftwerk, a-ha, New Order and Depeche Mode that got lost in the shuffle in the ‘90s and 2000’s. FM Attack launched a mesmerizingly upbeat and refreshing sophomore album named Déjà vu, which has already managed to get critics and casual coolcats raving about it.

The dreamwave vibes are best encapsulated by the smile-inducing, sultry vocals in tracks like “Magic” and “Runway.” The abundant yet so-not-redundant synthesizer soundscapes and catchy beats melt into the dreamy vocals to create a superlative state of euphoria.

‘With You Tonight’ and ‘Corazon’ are another couple of peppy, happy-go-lucky tracks that will make you want to chew bubble gum and turn the world into a giant Zumba dance floor. Who needs MDMA when you have all the FM Attack you could possibly want to overdose on without the side effects? Give them a listen and get ready to surf the SynthWave tides in style.