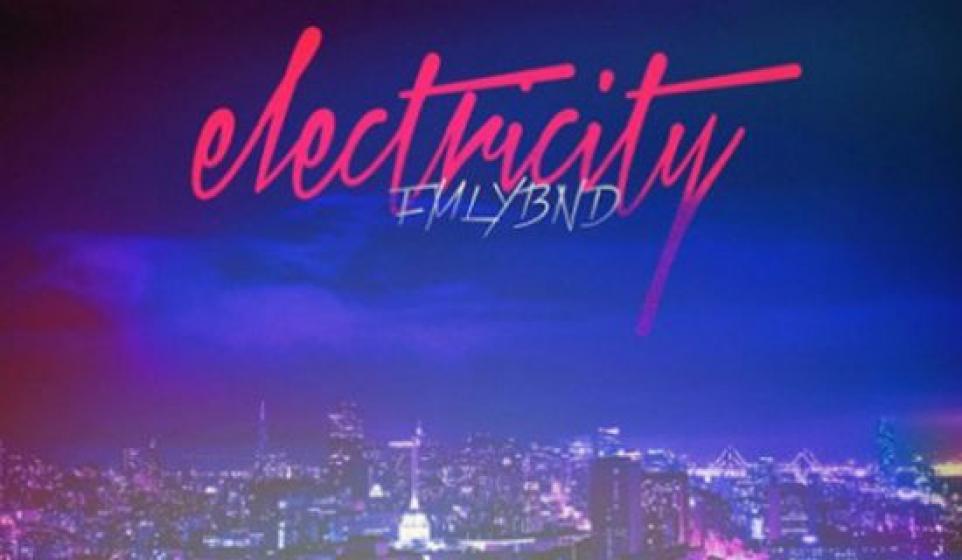 All the leaves are brown and the sky is grey... man, when the dude sang that it sounded really depressing, so depressing in fact that his family, a group of six totally tight friends, loaded themselves into a van, moved from NYC and hit the bricks for Californ-eye-eh!!!... as fast as they could. Yup, and on the way, they being so electric, they fused forming a band called FMLYBND and recorded "Electricity," their first song, while resting in Vegas. Well, if The Mamas and the Papas was just starting out now, that would be their story and FMLYBND would be their sound.

Listen for yourself if you think I'm BSing you:

YEAH………and turn up the Electricity baby!!!

FMLYBND have blasted onto the scene like a flash flood. Sure, the track you just listened to is their only track, but expect more, much more from them in the future. Why can we expect more, you ask? Because record labels are not fxckEN insane. Undoubtedly A&R reps from Columbia Records and Atlantic Records both participated in the band's kind of sonic induced fan frenzy at one of their shows, before offering them formal contracts. Check out this video to see the frenzy yourself:

Electricity starts out with patient synths running on the beach with electronic drums and perfectly harmonized voices. The jaunt picks up steam as it hits the club floor with viral intensity, backs off a bit like Bit Candy then slams in like a melodic jack hammer bouncing uncontrollably to the rhythm.

Yeah, if The Mamas and the Papas were starting out today I bet they'd sound like FMLYBND and "Electricity" would be in the air instead of flowers in the hair. One last thing, I think these guys are indie electro music category. Boom!