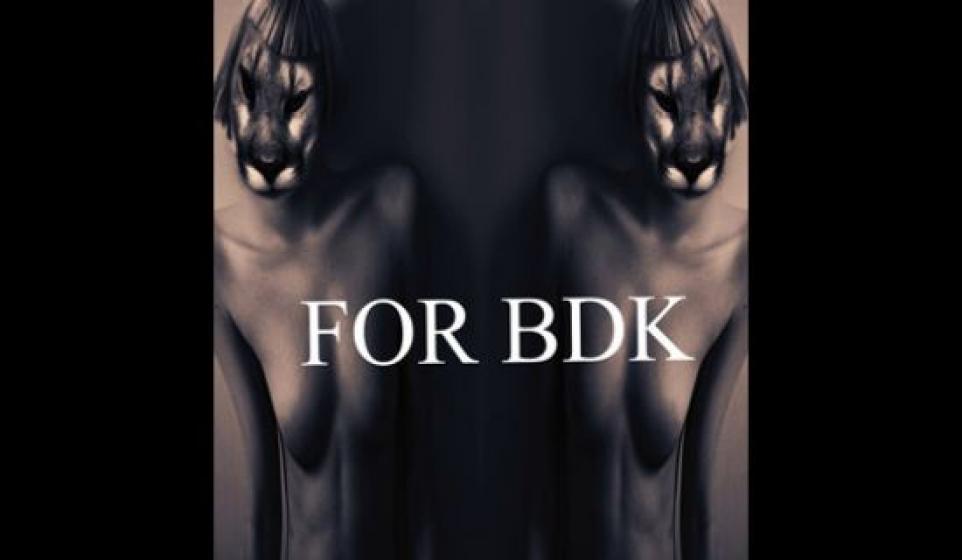 What exactly is it in the minds of Swedes that cause them all to produce shocking, psychosexual, and confusing yet incredibly fantastic art? Everyone always says it’s the weather or the prevalence of the dark up there close to the North Pole, but I really don’t think that explains it. No one in Gnome, Alaska is making shit like The Girl with the Dragon Tattoo (the books and the movies), or Children of Bodom (the band and the phenomenon), or the worst example, ABBA (no duplicity needed here, it’s just singularly terrifying).

Also if we’re going to blame the weather, that doesn’t explain France, home of arguably the largest volume of shocking film and performance art on the continent. Unlike France, however, Sweden doesn’t seem to want to do shocking for shocking’s sake (Irreversible or Ma Mere, anyone?). It seems to come from a genuine place, and has not only decent but downright immaculate artistry and/or writing behind it. So, the mystery continues, and New Artist For BDK aren’t helping dispel it.

Like an idiot, I once again went for the video clip of For BDK’s single, “Open One’s Eyes,” and the shock value of the video took me away from the actual music at first. Once I got over the 8-minute long gobsmacking it gave me, however, “Open One’s Eyes” is a beautifully orchestrated, deeply emotive dance tune which promises to bring For BDK a lot of success. Let’s be a little smarter and look at the music first and then work our way back to the awesomely twisted video, shall we? First, check the SoundCloud single here:

On said SoundCloud page, For BDK, comprised of singer Adele Kosman and Producer Marcus Borrman, don’t give their tracks conventional labels. They’ve tagged “Open One’s Eyes” as “drugbeat,” and some other characterizations are “die trap,” and the ubiquitous “electronic.”  “Open One’s Eyes” is essentially heavy dubstep layered with drum and bass, which I quite like; it’s an interesting combo that I’m surprised no one has thought of in any real way before. It’s inventive, yet not necessarily shocking (yet).

Lyrically there also isn’t much in the way of shock value in “Open One’s Eyes” either. The opening contains some standard sex noises, and the repetitive line of “cocaine and razor blades” just sounds like a moderately fun Saturday to me. When you really listen to it, however, the lyrics are meant to be empowering and speak to both the Swede’s and the dance culture’s aversion to conventionality and succumbing to the establishment.

That rebellious connotation seems to be a central theme to all of For BDK’s singles, the newest of which is “What I Must Find,” just released about a month ago.

This one is full dubstep beat-wise, but the other consistency comes in the form of Kosman’s pitch-perfect vocals. Her pretty alto sounds a bit like Lady Gaga, but reaches levels of feeling Gaga only wishes she could achieve. You’ll need a soul first, Gaga.

Now to the video for “Open One’s Eyes.” Check the YouTube and we’ll break it down:

You’ll have about 7 content warnings form YouTube (there’s boobs!), but it’ll be worth it. The video starts out like any late-era Brittney Spears vehicle; a tall, blonde, very Swedishly-coifed girl (Kosman) in a corset brandishes and awkwardly snaps a whip while walking menacingly towards the camera with a mostly ornamental Borrman. As the expertly shot video moves along, we’re exposed to a number of vignettes which, again, look a little cheeky but not what I would call shocking: a girl getting into a tub, a knotted-up body, a girl getting ready in an apartment. It moves as slowly as the song does in the beginning, layering samples and themes onto the intro.

The video starts to get a little more aggressive with the introduction of blades and tools being laid out a’la Saw, and as each vignette progresses, the dnb beat is added and things get faster as more disturbing images flash on the screen. I’m not going to give it away, but by the end the poor audience won’t even be sure of all the crazy shit they’ve just seen. It’s quite a progression from the beginning, when the initial thoughts are more along the lines of “meh, I don’t know why YouTube put so many warnings on this.” The video and song actually compliment each other by building tension, drama, and intensity together to create a cohesive artistic piece which, while shocking, it also beautifully executed and leaves the viewer less disturbed and more stunned.  Take that, French posers!

There’s no way For BDK aren’t already popular on the Eurodance scene, but I think when they hit the US, our sniveling little EDM scene is in for a dose of genuine art for the first time since Die Antwoord, and I can’t wait for those kids to see what that looks like. I’ll be watching my new favorite shocking Swedes closely in the coming months, and I suggest you do the same.