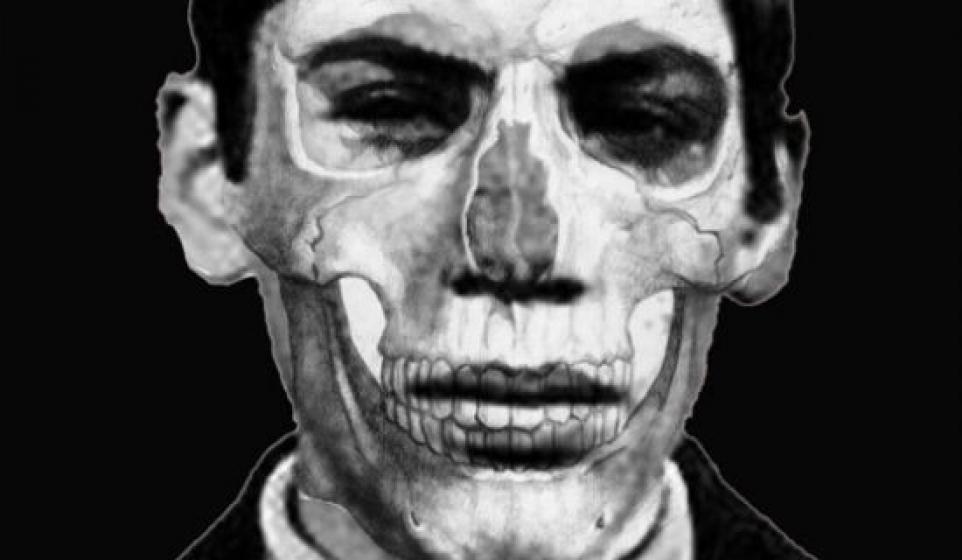 With a sound reminiscent of Justice with hints of 90s’ electronic acts such as The Prodigy or The Chemical Brothers, I wouldn’t be surprised if this mysterious new artist popped up on a future Coachella line up (probably playing the Sahara Tent, light show and all, if you want to get real specific). But this isn’t some kid from the Midwest in a Skrillex t-shirt who just discovered Garageband - it’s obvious this guy knows what he’s doing. Because there is barely any information about who this guy is, all I can tell you is that he goes by the name Ganzo, lives in Europe, and seems to always be wearing a creepily cool skeleton mask, which is pretty rad. The “anonymous” thing doesn’t work for everyone, but in Ganzo’s case, he pulls it off and his music is awesome enough to speak for itself.

Featuring indistinguishable vocal samples, heavy bass, and crazy synths, “NPN” is basically one giant, dark, electronic symphony that will have you throwing a dance party in no time (kinda like the one in his video but I doubt yours will be as cool. I’m just sayin’). I was sucked in from the very beginning, and the track has interesting moments throughout.

“EXTRA” is not nearly as intense of a track as “NPN,” but it’s still on the dark side and just plain awesome to listen to. It’s one if his more “upbeat” tracks (if you can even call it that) and you’ll totally be listening to it more than once.

In October 2013, he released a three-track EP entitled NPN on French-based label, Electro News Records, that is definitely worth a listen. And if you want a physical copy, you better purchase it soon because there are only 100 copies available of this limited edition EP.

Make sure to ‘like’ him on Facebook and show him some support! Because you never know…maybe there’s a frown under that mask that needs to be turned upside down.