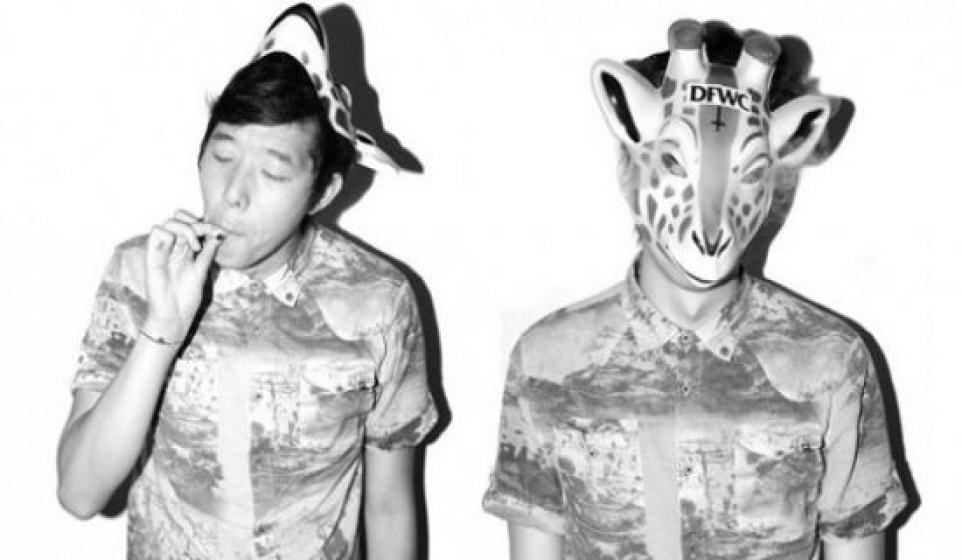 Then, before you know it, it'll overtake you.

Giraffage is the moniker of San Franciscan twentysomething Charles Yin. Yin is a bedroom producer in the purist sense. When describing the creation of his debut album Needs, Yin told fans, "I went through the worst time of my life and also the best time of my life while recording the songs on this album."

Now if that doesn't paint a picture of a (likely) socially awkward musical savant painstakingly pinning away at his craft, I don't know what will. But Yin's (probable) neurosis is our gain. Seriously, this music is the shit.

Giraffage seamlessly intertwines bits of electronica, pop, R&B, trap, hip hop,  and just about every other musical genre you can name into his music. The result is beats and songs that sound like little else you have heard. If the wunderkind does have any kindred spirits, it would have to be with the DJs from the WEDIDIT collective. His brand of sample-based pop fits nicely alongside the cutting edge shit being churned out by the likes of RL Grimes, Shlohmo, and Slava. Make no mistake though, these artists are Giraffage's contemporaries, not his idols.

This kid is carving his own path.

Yin cut his musical teeth as a drummer. In high school he played in wide range of bands, some metal, some indie rock. After a quick spell with the guitar he settled on producing and found his niche. The eclectic musical background is readily apparent on the soundscapes Giraffage creates. His songs are at once disorienting and familiar. Each track is like a pop music melting pot, with Yin throwing samples and odd sounds together to create a woozy style of dream pop that is wholly unique. Find out for yourself by heading over to his bandcamp page and naming your price for his debut record, Needs.

And the best part of all this is, he's just getting started.

The unassailable Brian Hasell put Giraffage on our radar, so thanks for that, Brian. You too can get paid to discover new music like the man they might call 'The Big Easy.' Become a part of our Curator program today.