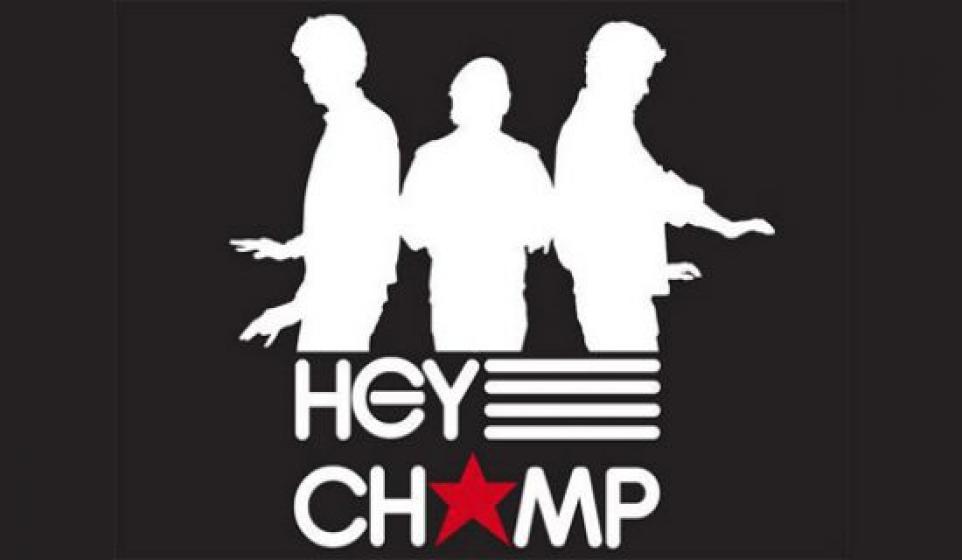 Indie pop is truly a gift to humanity, because it’s one of the few genres that can draw a clear line between musical sunshine and generic gibberish. There’s no walking space for mediocrity. You suck or you sizzle. Period!

However, you may have noticed a fuckton of rising and recently established indie pop bands arising from a mysterious underground disco cult with enchanting new powers. Yes, MGMT, Passion Pit and Empire of the Sun, we’re talking to you! We’re here to introduce you three to your young and charming new step-brother band – Hey Champ.

Riding on the back of their successful tour with Lupe Fiasco and their debut album Star making waves in indie land, Hey Champ is one happy camper and a rising star in the indie pop genre. But if I had to venture a guess to say why they’re so popular already, it would be because Hey Champ are worthy warriors in the rebel alliance of alternative dance music operating under the codename “David Guetta is a Twat.”

Another strange trend I’ve noticed in successful indie pop bands is their ability to hit all the sweet spots in their use of the synth – my least favorite instrument after Yoko Ono.

Luckily, Hey Champ’s album opener “Shake” as well as its breakthrough single “Cold Dust Girl” does a dandy job of weaving together some jolly synth-laden melodies and summer beats that will find their way into several indie dance party playlists pretty soon.

For those still circling on the fence about buying into the whole indie pop revolution, here are a couple of cool features that bands like Hey Champ offer to help win you over:

- Indie pop dance parties are 50% more pleasant, 75% less STD-prone and 65% more artistically stimulating than conventional parties. Although they attract hipsters like a moth to a flame, it is still more soul-redeeming to get laid with a drunken partier pretending to be interested in their neo-classical Swahillian poetry recitals rather than pretending to listen to Selena Gomez’s new album.

Hey Champ takes its easy listening dance pop formula to another level with “Comet” and occasionally delves it into bizarre shades of dark pop in songs like “Neverest.” With a little songwriting polish, Hey Champ’s eclectic synth-pop tunes and upbeat vocals are going to become the quintessential summer soundtracks for followers of the alternative dance music scene and of course, hipsters.