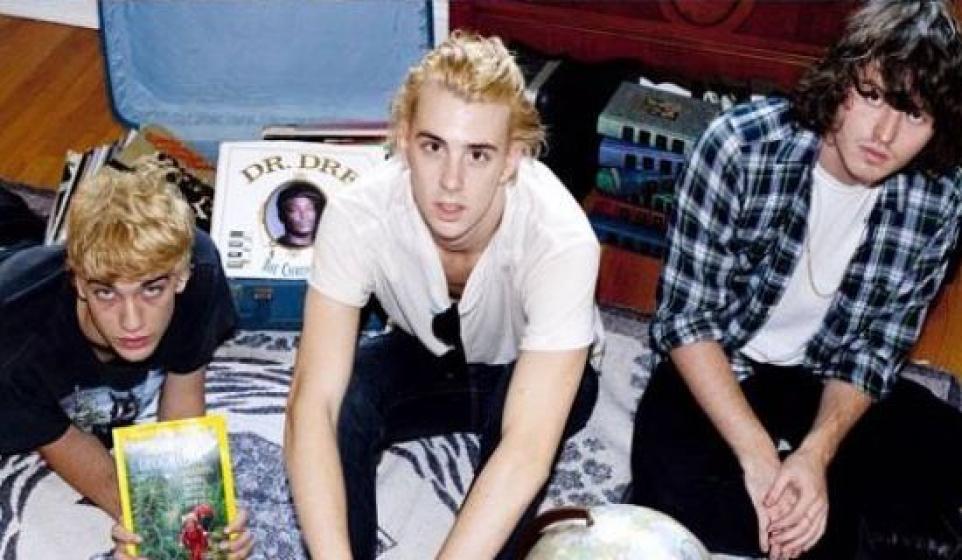 Meet HeyRocco, a trio of from South Carolina who describe themselves as “your girlfriend’s favorite band.” Formed in 2010, members Nathan Merli, Chris Cool, and Taco Cooper have been creating melodic, distorted goodness with lyrics that show off their playful personalities (and according to their Facebook, this is called “Disney grunge” so I’m totally down). Their sound takes me back to the garage rock revival of the early 2000’s with bands like The Strokes and The Vines bringing fuzzy, lo-fi guitars back into the mainstream. Except with these guys, you can tell they grew up in the 90s and were majority influenced by Nirvana and the rest of the grunge era. If I discovered this new band when I was 15, I would have fallen hard and have given my worn out copy of Is This It? a break.

This song was totally written for high school kids who aren’t getting laid and don’t think they are experiencing the “best years” of their lives. The vocals are what you would get if Conor Oberst and Robert Smith had a love child who was raised by Kurt Cobain (super specific, but you know that’s exactly what it sounds like!), which are placed over loud drums, distorted guitar, and fuzzy bass. In other words, it’s a refreshing throw-back to the days where rock music was loud and Mumford and Sons weren’t a thing yet.

Within the first 10 seconds of listening, I was completely smitten with this adorably silly love song. With lyrics like “we could keep making out to 98 degrees” and “the awkward long apology/ much longer than the sex,” these guys have totally stolen my heart. It’s a fuzzy, melodic ballad that is the reason why they describe themselves as being “your girlfriend’s favorite band.”

Since I’m sure you’re like me and can’t wait until their full length album is released, keep up with HeyRocco and show them some support by “liking” their FaceBook page. And if you catch them live, buy ‘em a beer. It’s on us.