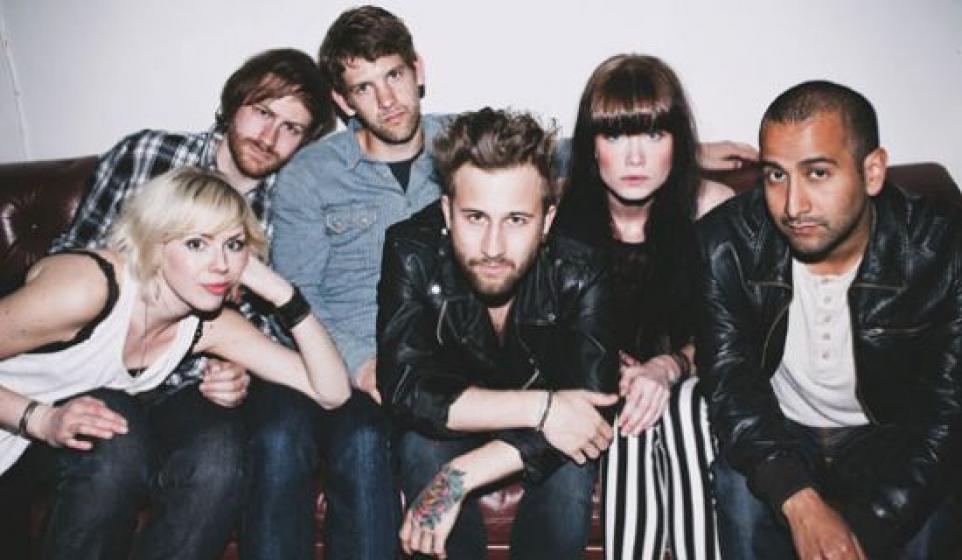 There’s something about bands that our curator Duffster finds. Something I can’t put my finger on. Somehow he keeps me guessing, keeps me wanting, and he always, always delivers. If you’re in a funk, in a rut, in the middle of nowhere with nowhere to go, here’s a band that will make you feel like you’re 16 again.

But a much more experienced, much lonelier 16 year old. In a good way! OK, let’s get serious. Hurricane Love remind me of a much more well-rounded One Republic. There’s like a thousand members in this band and they’re got a very modern, very fresh sort of orchestra thing going on. These unsigned heroes, fresh on the scene from Sweden, are making some crazy waves with their track "Only Human," and it’s pretty easy to see why! Check it out!

Now, seeing as YouTube won’t allow us to embed the official video for this song, probably because it has the word “fuck” in it, you get the pleasure of listening to the acoustic version, recorded in a tiny room and that’s just so damn lovely. Me and the other 100,000 people that have watched this video just want them to be famous already.

I mean, come on! Here’s some pure talent just staring the internet in the face, saying “Take me!”. I’d take each and every single one of them. Yes, it’s pop-sounding. Yes, it’s sappy. But it’s goddam beautiful and it’s catchy as hell and trust me, you’re going to be pressing that play button more than once. I like how in sync they seem to be. They’re all rolling on the same frequency and it’s great.

Hell yes! Another video of them in a tiny room. God, if only every band realized that all you need is a tiny room and an awesome band to pull off a music video that you just can’t take your eyes (or ears) off. This song is a little different. It’s a little mellower. A little more focused on that guy’s vocals. But he has a great set of vocal cords, so showing them off is only natural. It’s a simple song, and although it might not be their first, second or third single, it’s one of those tracks that’ll just get you and that you’ll love forever.

Now that we’ve covered the music, it’s time to take your ass over to Facebook and like this band. They also have a mighty fine blog and their YouTube channel is packed to the brim with awesome stuff.