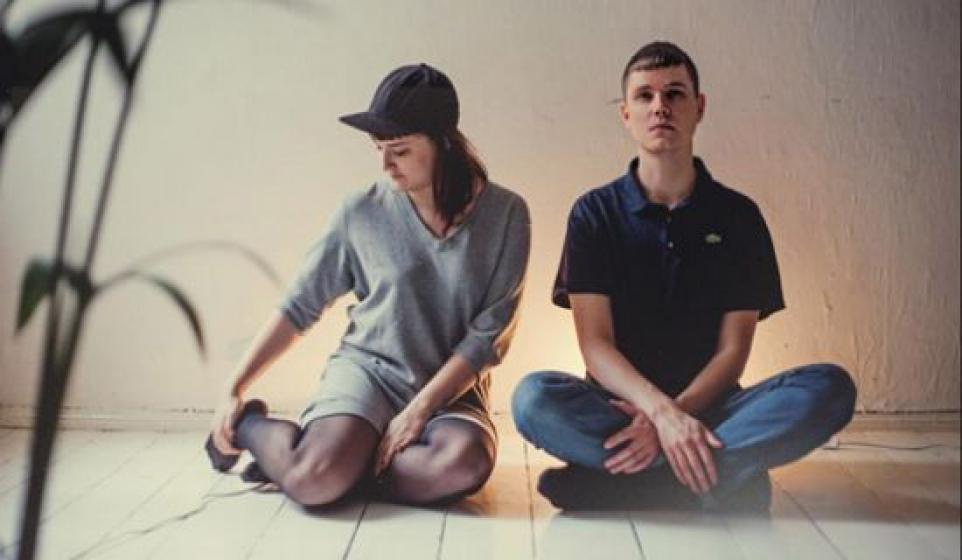 Along with controlling the European Union (bank bailouts are the new Blitzkrieg), Germany is also home to new artist, Iberia.A boy-girl duo comprised of other notable Kraut bands, Pistol Disco and Makthaverskan, Iberia have slowly been releasing songs into the ether, each gathering more critical acclaim and reaching more ears.

Led by the production of Alexander Palmestal (of the aforementioned Pistol Disco) and the angelic voice of Maja Mathe Milner (Makthaverskan), Iberia is gathering a rabid following in their homeland, and they’ve got the talent to take their sound to the world.

The scene: A non-descript coffee house in the heart of Prenzlauer Berg, essentially Berlin’s answer to Williamsburg. The place has its share of charm and character, but realistically it could exist in any major metropolitan area. Our hero, a pale, string-bean sort of fellow who tends to wear his despair on his face, enters to escape the rain. As Alexander approaches the counter to order his trademark espresso con ponna, he comes to a complete stop. Surrounding his entire being is the voice he’s been waiting his entire life to hear. He slowly turns to find that it belongs to the radiant Maja Milner. When Ms. Milner is done performing, Alex approaches her and lets her known that he would like to, no, that he must make beats for her to sing over. It’s the reason he was born, he explains, possibly the reason they were both born. Despite his manic claims, Maja doesn’t feel uneasy around Alexander. In fact, she feels more comfortable now than she ever has before.

The first song the duo recorded was called “A Finale,” a nod to the idea that this would be both parties final music outlet.

(Outside of the fact that the first song Iberia did record was “A Finale,” all of the above is fiction. It just seemed like a group this good need a cinematic origin story.)

A quick peek at Iberia’s Soundcloud shows that the would-be power couple has only four original songs to their name. The reason behind this isn’t a lack of material or imagination, but contrary to the rest of the world, Alex and Maja like to take their time one things. “If you want to publish something so there must be something that feels very important.” Maja has said. And for things that are important to them, this duo gives them enough time to grow to fruition. “We want to have the feeling that we want to share with you all the songs we are doing to the rest of the world. Each song is equally important and therefore we let the album take time.” Alex added.

With a sound somewhere between “a visit to a zoo and dream pop”, as one inspired reviewer put it, Iberia melds various genres together to create their one of a kind music. Currently signed to the Swedish indie label Hybris Records, the band plans to put out their debut record this year.

If it takes longer than that, just be patient. Based on what we’ve heard thus far the wait will certainly be worth it.

Duffster, the alpha and the omega as far as Bitcandy Curators are concerned, cued us into the brilliance of Iberia. You can get paid for your your musical discoveries too, by becoming a Curator too!