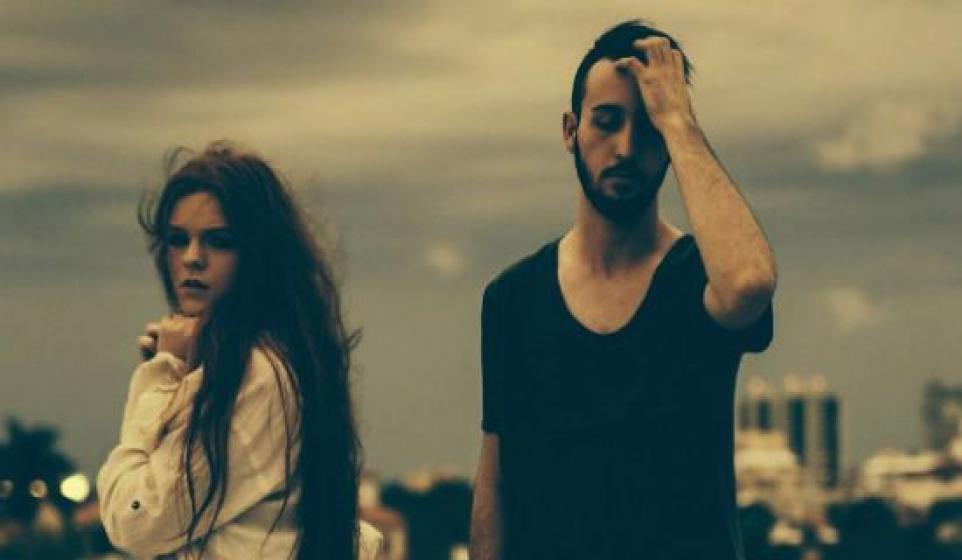 Electro-pop duo JUDE. (no, the period is not a typo) doesn’t quite fit in with the summery, flipflop infested atmosphere of West Palm Beach, Florida that they call home. New artists Kevin James Neal and Sydney Morris are a painfully stylish duo who create moody pop music that is sure to grab your attention and that’s all we really know so far. (I mean, they just created their Facebook in March of this year with an “about” section that solely consists of, “you’ll see what you want to see,” so…not too much to go off of.)

But with only two very catchy tracks to their name so far, they are creating some serious anticipation for their debut EP which is due out this summer and I can't wait.

Their first release, “Crystals,” is a synth-heavy, beautifully moody track that shows off their wonderful production skills. Morris’ vocals bare a crazy resemblance to Lorde’s, almost to the point where if you told me this was an unreleased Lorde track, I would totally believe you. That being said, I would gladly choose this track any day over “Royals” because it’s simply great and leaves you wanting more.

It’s very rare that a song gets stuck in my head after only one listen, but this was the case with “Jaded” because it’s that good. It’s easy to see why the track is gaining so much attention, slowly building into a truly enchanting, hard-hitting chorus that could fit perfectly blasting from your headphones on a walk home or later that night when you’re hitting the dance floor. This track is a definite must listen and proves that they have what it takes to continue churning out addictive electro-pop.

Make sure to keep checking out their SoundCloud page to see what awesome material they put out next. And thanks to BitCandy curator, Pavit B. for discovering this awesome new band!