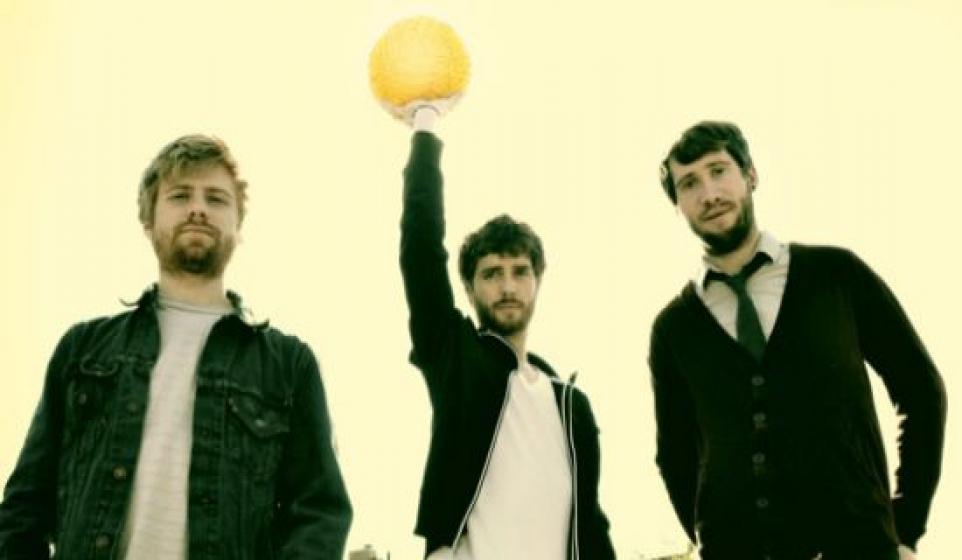 Though these guys aren’t exactly a new band, they are now finally getting some well-deserved attention with their uplifting, feel-good pop rock. Jukebox the Ghost is made up of Ben Thornewill on keys and vocals, Tommy Siegel on guitar and vocals, and Jesse Kristin on drums. The trio has been active since 2006 and has already toured with indie veterans such as Ben Folds and Adam Green of the Moldy Peaches. If you’re a fan of piano-driven pop that will get you in a good mood no matter what, you’ll definitely want to check these guys out.

JUKEBOX THE GHOST - THE GREAT UNKNOWN

“The Great Unknown” is their latest single and is an epic three minutes of piano, drums, and gang vocals that just beg you to join in. With lyrics like, “So let go/ You’re on your own/ There’s something waiting for ya,” I can easily see this being played at high school and college graduations for years to come (you had your fun, Vitamin C’s “Graduation”). I wouldn’t be surprised if this is the song that shoots them into mainstream territory, and I’m sure the dudes in One Republic are jealous that they didn’t write this song first.

JUKEBOX THE GHOST - SOMEBODY

“Somebody” is a feel good, piano driven pop track that would be perfect for your mom’s playlist. With Thornewill’s falsetto laced over his infectious keys, I warn you that this song will be in your head for quite some time (I don’t think it will be leaving mine any time soon). The video was filmed at Coney Island and features the happiest people you will ever witness synchronized dancing while confused tourists look on. In other words, it’s the perfect recipe for a hit pop song.

If you liked what you heard and want more Jukebox the Ghost, keep tabs on their Facebook page and be ready to get their new album, which is expected to drop by the end of the year.