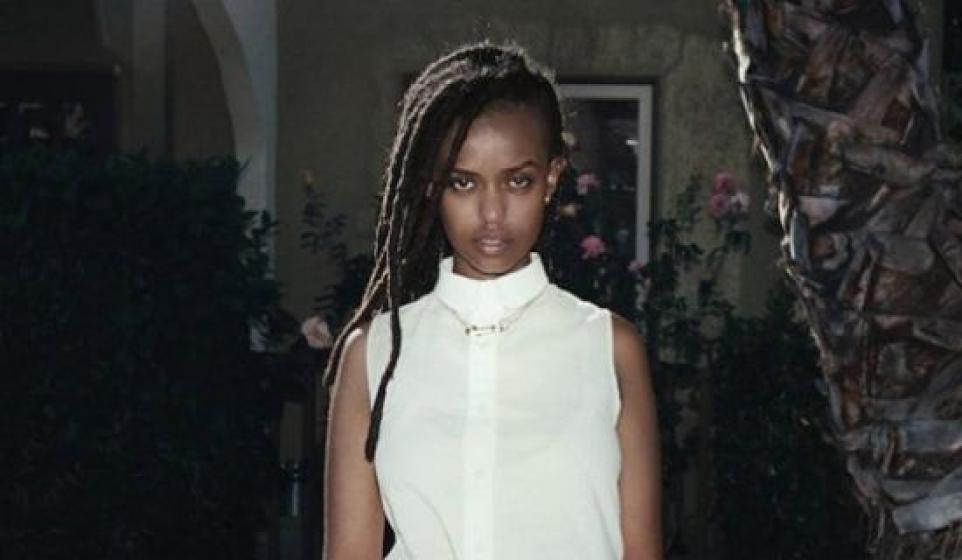 Kelela Mizanekristos is a devilishly cool songstress from Washington, D.C. but the 30 year old has relocated to Los Angeles where she is busy making her dream a reality. This new artist created some serious buzz late last year with her debut mixtape, Cut 4 Me, and has since been signed to Solange Knowle’s label, Saint Records. Her music is moody and minimalist, creating a truly fresh R&B sound with electronic beats. It’s like Brandy from the 90s time traveled way into the future, hung out with some super cool space babes, and came back to 2014 with a new take on the genre. In other words, her music is awesome and I’ll stop babbling so you can listen for yourself already.

“The High” is a sensual six minute ride of pure bliss that will get you feeling tingly all over in no time. Produced by Gifted & Blessed, the bass-heavy beat can easily stand on its own, but it fits under Kelela’s cool vocals beautifully. You can feel the sexual tension just as the vocals kick in and she sings, my lips creeping up your neck/ you shiver and try to pull back. *Wipes forehead*. Plus, I think it’s impossible not to get goosebumps when she breaks into singing, And I’d do anything for the high. I just love the lyrics, and the way she effortlessly adds the perfect amount of emotion. It’s simply flawless.

“Go All Night” is featured on Solange’s compilation, Saint Heron, and I can easily see why she chose this track. Kelela uses her sultry vocals to narrate a pretty hot and steamy night, which I’m sure will leave many male (and female!) listeners wishing she was singing about them. It’s reminiscent of Aaliyah and 90s R&B but with an original, futuristic twist. With lyrics like, "stayed up talking all night/ take my body, it’s so right," this is yet another track that will totally put you and that special someone in “the mood.”

To show Kelela some love and maybe even catch her playing live, ‘like’ her Facebook page and tell her BitCandy sent ya!