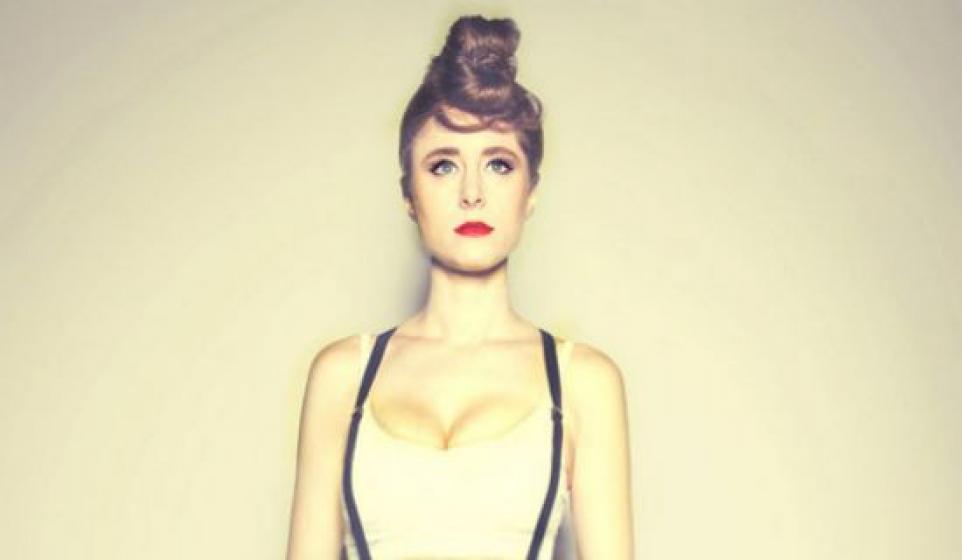 In what probably seems like another life to her now, Kiesa Rae Ellestad, a.k.a. emerging artist Kiesza, was recruited by the Canadian Army to be a sniper. When you look at her debut video "Hideaway" you can see that she hasn't lost her knack for hitting her mark.

Shot in a single take in New York the video for "Hideaway" features Kiesza in stunning denim, cotton, and suspenders getup strutting her way around an eclectic burrow. Ellestad had to learn five complete different dances and as if that wasn't hard enough, she reportedly broke a rib during the shoot. Now this could be the Canadian electro-pop equivalent of how every rapper has been shot numerous times before their first single drops. To completely stereotype an entire country, they're some tough, hockey-loving mugs up there. She may just be trying to improve her rep back home.

Whether the account of the rib is fact or fiction isn't important. This video doesn't need any added mythos because it's fan-f**king-tastic as is. Get ready to feel embarrassed about how lame your walks are.

Born and raised in Calgary, the 25 year old songstress has live a remarkable life in just a quarter of a century. She joined the Canadian Royal Navy with her brother, after both took up in interest in sailing as children. While Kiesza was certainly a credit to her country's armed forces, that was ultimately not where her destiny would lie. During her time of duty she would use her creativity to get her through the nominal tasks one has to complete in the military:

"When they were teaching us to assemble the weapons I'd always imagine I was Forrest Gump. I was actually the fastest at it," she says. She was so good in fact that she was picked to be in the Queen's honour guard when she visited Canada. "I had to flip my gun in front of her," Ellestad told The Guardian.

At the age of 18 Kiesza wrote her very first song to help deal with the emotional trauma of her parent's divorce. Two weeks later that song was playing on the radio. That's just how life goes when you're an absurdly talented person. The legend doesn't say when, but at some point Kiezsa had to make a choice between sailing on a pirate ship to Japan, or going to music school in her native Canada. Hey, we've all been there.

She chose to attend a school in Nelson, British Columbia,, and afterwards Kiezsa attended the renowned Berklee College of Music in Boston. From there she made her way up to New York and the rest as they say is Rock 'n Roll History.

KIESZA "WHAT IS LOVE"

The future is bright for this charming Canadian diva. She's an undeniable talent, and one we wouldn't have know about here at Bitcandy if it weren't for the courageous efforts of our Top Curator Duffster. You can get paid for your musical knowledge too. Become a Bitcandy Curator and stop wasting your life away.