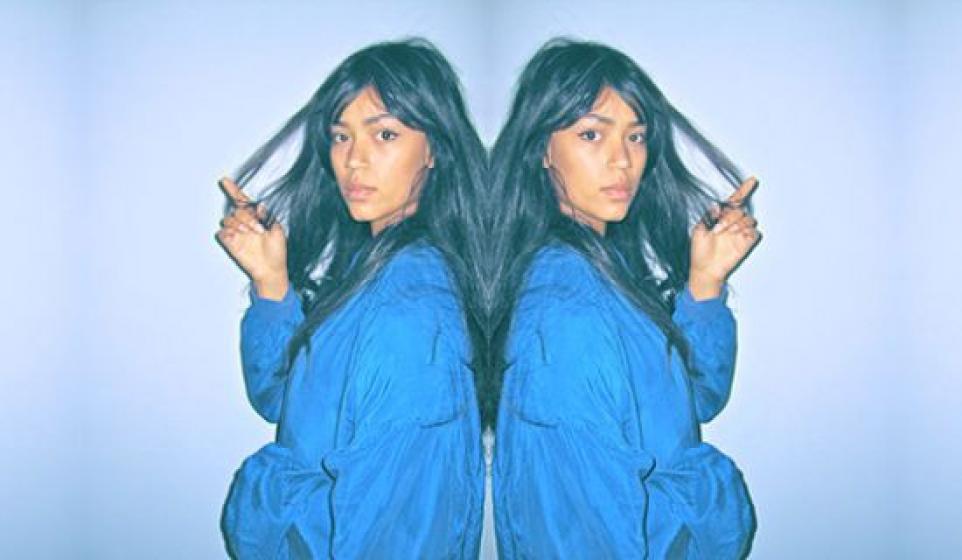 It's one thing for a new artist like Kwamie Liv to be mysterious because of the infantile state of their career, but there seems to be something different going on here. There's a big difference between being an unknown and having an unknown quality that draws people to you. Liv has the latter. She has a genuine mystique to her and that would be the case whether she had 3 songs or 333.

It's not just her voice, her looks, her sultriness, or the innovation of her sound. It's all those things of course, but there's also that intangible thing that separates her from the unwashed masses on soundcloud. She's elusive beyond the fact that the only interview she's given thus far is for a feature in this week's issue of Nylon. It's that certain je ne sais quoi that Liv has which has people enamored with her despite that she only has two original tracks.

It helps that both her songs are pretty astounding in their own right.

Let's talk about that picture for a moment. That's not a portrait for an artist profile so much as it's an item the hero pulls out of an old shoebox in his closest in a romantic comedy. It's an understated look from Liv, but there's something in that simplicity that makes you think she's probably the most beautiful woman in the world. It's a photo to get lost and ultimately find yourself in. I could easily write 15,000 words about this photo and its redemptive qualities, but I'll spare you.

Kwamie Liv operates in the burgeoning new down-tempo electro-pop scene. She can count the likes of Lana Del Rey, Banks, and FKA twigs as her contemporaries. Liv possesses sultry, whispery vocals that's as distinct as it is beautiful. Of course being the type of unconventional gal she is, she occasionally uses auto-tune. While I'd normally hate someone putting needless effects on such a great voice, it works remarkably well within the context of the songs. Working with fellow Copenhangen musician Baby Duka (likely a stage name), Liv creates a soundtrack for the most surreal moments of life. BD, as someone has to call him, has the perfect production style to complement Liv's voice and wonderful lyrics. Together the two have created a pair of tremendous cuts in "5 AM" and "Follow You."

Did you know about Kwamie Liv before us? If you had, we would have paid you for the information. If there's an unknown artist that you think should be on our radar, let us know by becoming a Bitcandy Curator.

And Ms. Liv, if you're reading this, please keep making music and you're more than welcome to become a Curator as well.

KWAMIE LIV "WHAT YOU NEED (THE WEEKEND COVER)"