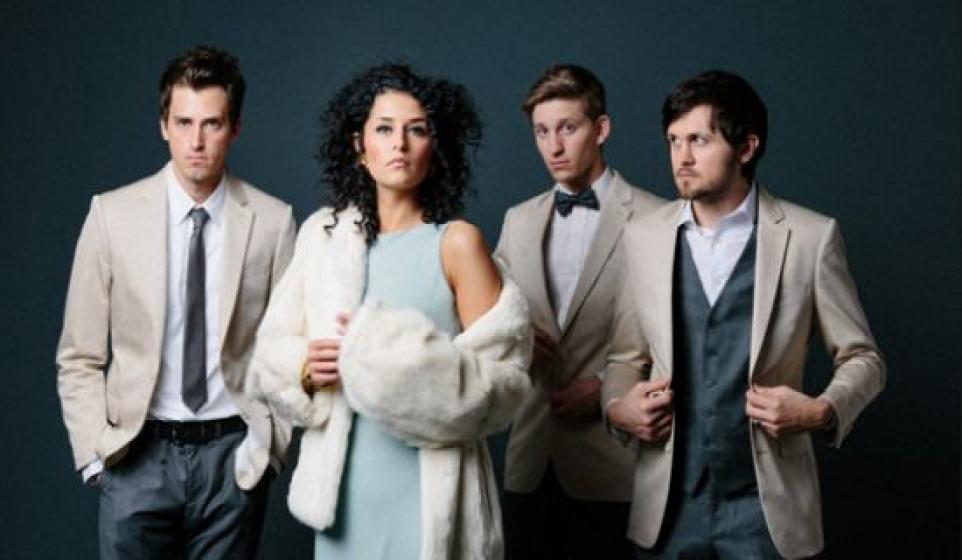 What do you make of a band whose name comes from the Greek symbol for Christ but claims not to be a Christian band? How you answer that question just may answer how you feel about new artist, Kye Kye.

The electronic quartet is made up of Estonian-born siblings Olga, Alex, and Timothy Yagolnikov, as well as drumming brother-in-law (more like drummer-in-law, amiright?) Thomas Phelan. The four openly profess their beliefs, but then in the same breath turn around say they're not a Christian band. Despite what seems like an inherent contradiction, the band's rationale is actually quite sound, as Timothy Yagolnikov told The Oregian earlier this year:

"Today, Christian music is almost a genre, like country music — it all sounds a particular way. To say we're a Christian act would be wrong in the same way as calling us a country act."

This is a fair point. And take it from someone who grew up in the church, Christian music is absurdly sh*tty. It's overly preachy, sacrifice, and wholly derivative. Kye Kye is none of those things.

While obviously the band's personal values and worldview influences the music that they make, the same is true of every artist ever. This is just a band making music about their lives, same as any other. And that music is really, really good.

Hailing from Camas, Washington, a small town about twenty miles East of Portland, Kye Kye writes heartfelt indie electronica songs that engages listeners with off-beat pop hooks and emotionally raw lyrics. The band essentially sounds like Lykke Li fronting an angrier, darker version of Washed Out (so maybe Ernest Greene is divorced in this extended hypothetical?). Electronica, especially its alt-ier incarnation, often runs into the problem of sounding too robotic. As self-confirming as that last sentence may appear, every electronica band struggles to remind the listener that they're are actual humans involved in the process of making the music. Olga constantly reminds the listeners that this isn't some holographic, future-band with her wispy and intoxicating vocals which find themselves at the forefront off most Kye Kye songs. The music that surrounds her voice has a similar raw, emotive feel as the lyrics they're soundtracking.

Kye Kye is an electronica band that continually reminds you of the humanity behind their computerized sound.

The Yagolnovic have been around music their entire life, so their self-described "weird mini-midlife crisis" which found the foursome quitting their day jobs and starting Kye Kye, isn't as huge a leap-of-faith as it may seem. Their parents were recording artists as well, and are purportedly big in Russia. Kye Kye is a family-affair that strives to make music people can relate to, as Olga explains:

"Genre didn’t really mean a whole lot for us growing up; we never had some kind of loyalty to a specific type of music. Be it folk, R&B, or anything classically 80s or 90s, it was always about the connection and about listening for honesty in the music, and I think that most people can somehow feel it without really being able to explain how. When we write songs, that’s what we strive to do: create music that we connect to and that makes us feel things and brings out those emotions within us. That’s what’s important to us in music: a connection."

Whether you're Christian, Muslim, Athestist, Buddist, Agnostic, etc., Kye Kye makes music the deals with themes and ideas we can all relate too. It's pretty damned good too.