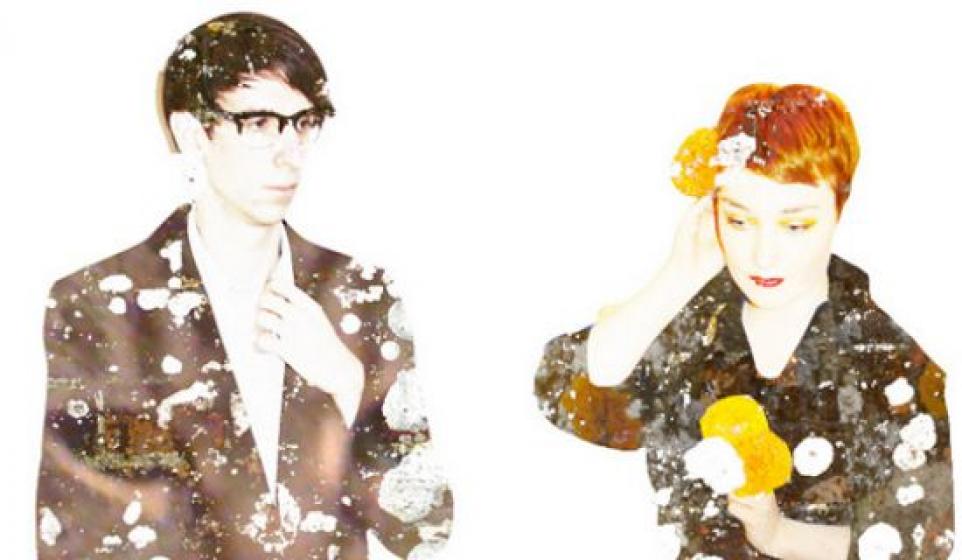 This is the story of a boy and a girl. This is the story of Tom and Emily. This is new artist, Labyrinth Ear.  Tom and Emily come from opposite sides of London, and were brought together by a love of similar music, the way all people should be brought together, ideally. Tom is skinny, gangly, sports dad-rock glass and a fashion sense that says, "Hey, fashion's not really my thing." He provides the cinematic soundscapes that make up the backbone of Labyrinth Ear's sound. Taking influences from various house, electronica, and obscure film soundtracks, their music is both relaxing and disorienting.

The songs never quite go where you expect them to. The blend of genres is sublime and effortless. There's a deft surgeon behind the controls of this beast.

If only he could tell Emily how much he deeply and truly loves her. (Probably. Or at least he will in the film that will inevitably be made about Labyrinth Ear.)

Emily is a petite blond (although this writer suspects it may not be natural) whose whispering voice is the stuff poets try to articulate about. Her folk-like lyrics add a hidden layer of depth to the ocean of noise. The ethereal qualities of her voice have a haunting and transfixing appeal. Emily sounds similar to fellow Bitcandy New Artist Find Julia Losfelt and Karin Dreijer Andersson, aka Fever Ray. She also adds to the production stylings of Labyrinth Ear, because what doesn't need a woman's touch. Not a question, just a statement.

Emily has a voice that will affect millions, but she may be taking Tom for granted. (Again, probably.)

Thus far Labyrinth Ear has released a pair of EPs and Singles, with a full-length debut set to drop this April. On their Facebook page, the sole influence the band lists is Vincent Price, which is both an excellent joke and probably pretty truthful given the whole indie-film-meets-pop-sensibilities thing they've got going on. Like the man with the distinctive voice they claim as their muse,  Labyrinth Ear is set to make their mark.

Help us discover more under-the-radar artists like Labyrinth Ear by becoming a Bitcandy Curator. Or you could not get paid for all the great unknown bands you know about. The choice is yours.