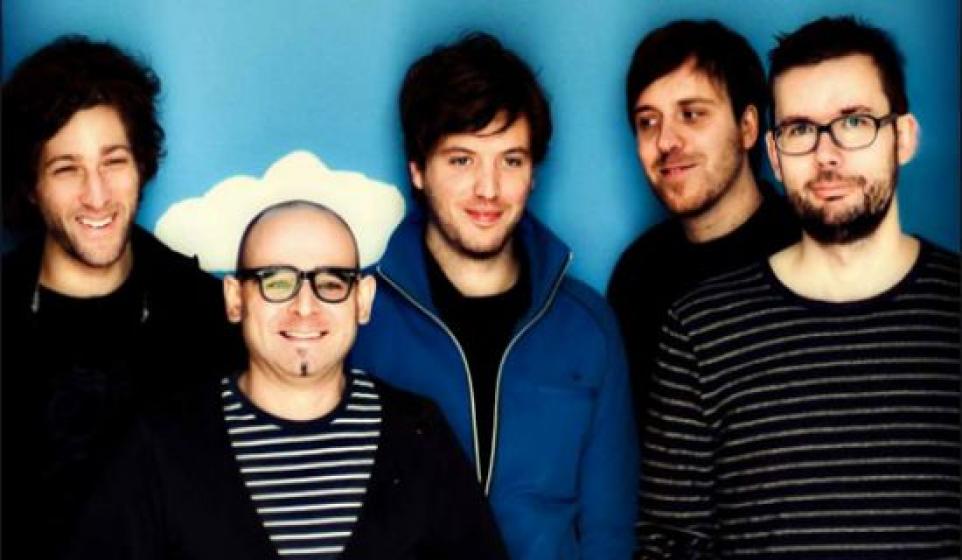 Do you ever have those moments in which you think your real life is actually just a lucid dream (h/t Vanilla Sky)? I do more often than I care to admit. I usually get this feeling when it feels like I've willed something into existence, i.e. those rare moments in which I am the marketer's key demographic.

I most recently got this feeling when listening to new artist, Marble Sounds. I mean this band is pretty much the embodiment of everything I want out of a melodic indie outfit.

From the ages of 16-22 the bulk of the music I listened to sounded like worse versions of the two records this Belgian quintet has to their name. Had I been royalty during this time period I would have commissioned all the music in my realm to sound like Marble Sounds.

MARBLE SOUNDS "LEAVE A LIGHT ON"

Fronted by the unassuming, though action-star-named Pieter Van Dessel, Marble Sounds formed in 2007. A year later they released A Painting or A Spill EP. The lovely Gianni Marzo (of Isbells and Astro Ladies for you Belgian Music afficiandos) helps Van Dessel with the vocals and the two's chemistry is impeccable. Their full-length debut, Nice Is Good, was released in 2010 by Zeal Records. Three years later they followed up with Dear Me, Look Up. Their catalog is consistent from top to bottom. Make no mistake, these cats are good at what they do.

Sonically Marble Sounds compares favorably to Belle & Sebastian, The Swell Season, Husky, and about a dozen other indie outfits. They're not breaking any new ground here, they're just doing it better than most everyone else.

MARBLE SOUNDS "THE TIME TO SLEEP"

One of my old college roommates, who did not particularly care for the Marble Sounds-esque bands I had playing unceasingly in my dorm room, would denounce this type of music as boring. In hindsight, instead of hurling nonsensical personal attacks at him, I should have explained that it wasn't my fault he didn't have the patience to understand this type of music.

Which is to say, Marble Sounds is not for everyone. Some people will find this type of mid-tempo chamber pop boring and repetitive. There's nothing wrong with such a view, it's just likely to be espoused by a shitty person.

Here at Bitcandy we pay you to discover new music. Got a great new band you're the only who knows about? Then you need to become one of our Curators today!