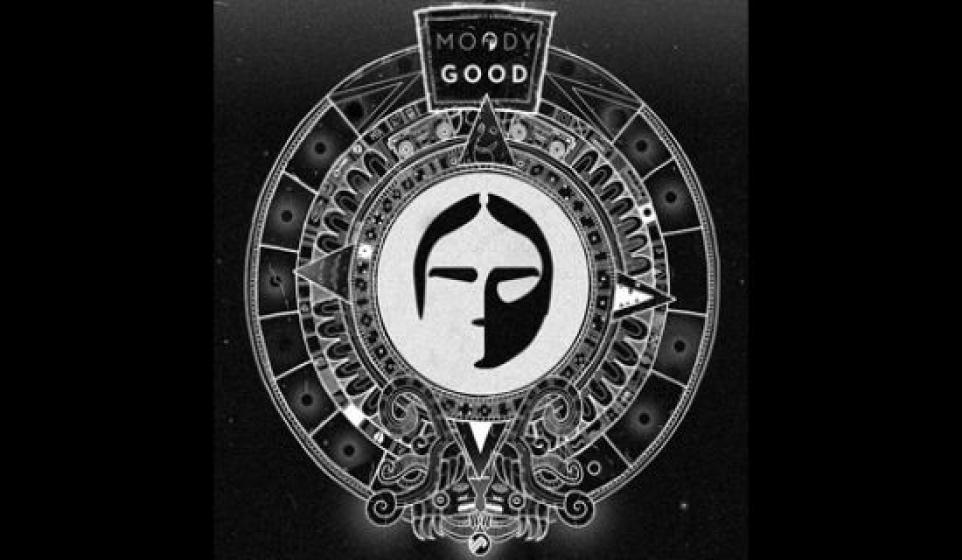 Well, it finally happened: our illustrious leader, Glitch, sent me an artist that was 100% in my wheelhouse. I, however, like the professional dickhead that I am, have been sitting on it for about three weeks. I know Moody Good. I love Moody Good. I am a top asshole for not writing this feature sooner.

London-based Eddie Jeffrys, aka Moody Good, has become a bit enigmatical since going solo last year, and most of his promo materials don’t contain pictures. Once part of the well-established dubstep duo, 16bit, who have worked with the likes of Chase and Status, Amon Tobin, Noisia and even Bjork, it seems Moody Good has now split off and resurfaced as more experimental than straight dubstep. Thank goodness for small favors, because now it seems Moody Good’s creativity is on a free-for-all, though media doesn’t seem to be his bag just yet.

It’s hard to class Moody Good properly genre-wise, but I will say he lives up to their namesake: he is a little bit moody, and very, very good. I’m not punning here; the music and sound definitely have a little dark brooding element to it. Good, I suppose, is subjective unless of course you live in the snarky and judgmental world of BitCandy, in which case I say this guy is awesome and you must go out and purchase his full discography right now because if you don’t, you factually and conclusively have poor taste.  I love my job. Now, on to trying to define The Moody Good’s sound in more technical terms.

Glitch hop is the first thing that comes to my mind, not that it’s technically a genre (I’m making up a new one, ok?) when trying to describe Moody Good. There is a strong element of rap throughout his work, and every song features at least one rapper. Kyntro, Reggie Snow and Hareleighblu are just a few of the vocalists who appear on his tracks.

Moody Good’s beats are pretty much as far from conventional hip hop as you can get. Trap? Feh. I don’t want to hear it. We’re working with oldschool breakcore layered over minimalist beats layered over total noisecore and just madness. Rest assured, though: all of it comes with hard, teeth-shattering bass and tons of fun amen breaks. Wait, am I truly writing a piece for BitCandy right now? I feel like I’m on my blog or just arguing with my friends at a cranky old stinky dnb or dubstep club.

Speaking of DnB (drum and bass), Moody Good is known for being remixed by lots of cutting-edge electronic producers, one being prolific UK dnb DJ, Prolix. This is just one of four remixes for “Hotplate,” which is a more recent single and is, surprisingly, one of the more structurally organized tracks Moody Good has released in the past year or so. Surprising because most bass music fans would normally classify Prolix as conventional, either, and this track melds plenty of different types of beats and syncopation itself:

To get to what makes Moody Good’s own beats so extraordinary, we need only look at a track like “Grumbles n Sparkles,” which features Reggie Snow and Joshua Idehen. This track is all over the board, featuring very minimal, staggered syncopation in the beginning, punctuated by random bass drops throughout. There’s a little Wu-Tang Asian sample feel, and the two rappers also spit their lyrics in a very unconventional way, not always on the beat; sometimes sounding more like a speech than conventional rap.  Unconventional doesn’t even begin to cover it, but it’s oh so satisfying:

If you’re looking for a slightly more normal track, you can go with the r&b-inspired Musicbx, featuring Eryn Allen Kane. This one has a cute video attached to it, which pokes fun at England’s tea addiction while funky though still heavily syncopated beats match up with the movements of a strung-out tea junkie as he tries to find his next fix:

Whatever the hell he’s doing with these crazy and awesome mashup beats, Moody Good seems to beon the right track. His tracks and remixes are all available for streaming on his SoundCloud page, and his Facebook page has recently alluded to a possible collaboration with Skrillex on the next Transformers movie sountrack. Moody Good’s first full-length self-titled album will be released soon on Virgin EMI/MTA Records and can be purchased in the UK via itunes. Check for news and tour dates on www.moodygood.com, a website as wacky and interesting as the music itself. Don’t sleep on this one like I did or you’ll sorely regret it. We don’t get these cool points back, people!