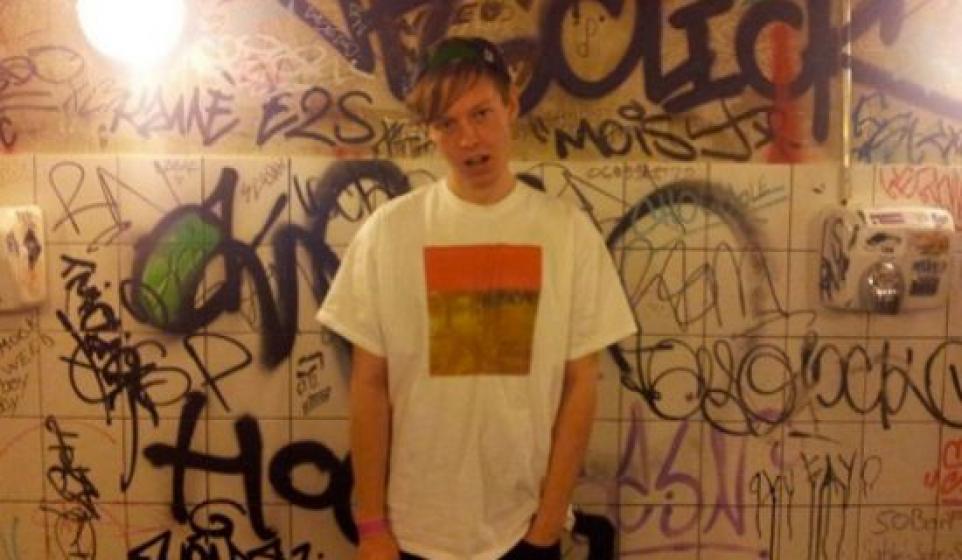 Emerging artist Niall Gavin named his band Only Real because it consisted of 'Only real guys' from West London. The joke here is dry and British (redundant, I know) to be sure, but also the only members of Only Real are Niall and his computer. Whether or not this is some sort of Millennial solipsism masquerading as art remains to be seen.

(Ya see that Brits, us Americans can make unfunny high-brow jokes too!?!?!?!)

The 21-year-old ginger has a baby-face to be sure, and while his themes are all about youthful misadventure, his music is actually quite mature, if a touch unrefined.

Then again, the best things in life usually are.

Gavin describes his music as "Baby music for babies," which is a tremendous quote. But really his sound is far more complex than that. At its core, it's a hodgepodge of shoe-gazer, old school hip hop, and skate punk. The constant blending of genres may be disconcerting for some, while the lack of polish will lead detractors to say his music is unfocused, but both these complaints miss the whole point of Only Real.

The true beauty of youth is its infinite possibility. Only Real's music captures this perfectly. His songs make you feel as if anything can happen in them. A Ride-esque guitar lick in the same song where Gavin channels Mike D? Sure. Impossible is nothing for Niall and his laptop (It could also totally be a desktop, I have no inside info on this).

Yes, his music may sound raw, but that's exactly the way it's suppose to sound.

On the Brit rapping scale, Only Real is more Rizzle Kicks than The Streets, which is to say he actually sounds like rappers you're used to hearing. More than just a charming gimmick, Gavin has actual flow. Or at least as much flow as a ginger from West London can have. Seriously though, dude can rap. But, as his current music catalog shows, it may the weakest weapon in his arsenal.

As of now, Only Real only has the Days In the City EP to his name, along with a few blog-buzz singles. This may explain the aforementioned rawness in Gavin's music. Like every 21 year old ever, he's still finding his way in the world. His music is no different than that. Only Real is still very much in the experimental phase of things. It's all trial and error. Figure out what works, keep that, scrap the rest.

Perhaps we're just gluttons, but we kinda hope he keeps everything.

Pavit B turned us on to the stylings of Only Real. You too can get paid to discover new music. All you have to do is follow Pavit B's lead by having great musical tastes and then become a Curator.

As for Only Real, this clearly is just the beginning. In due time, Niall Gavin will be the hottest redhead to hit the London scene since the Weasley Lads (my knowledge of British culture is vast). His label situation remains unclear; Universal Music Operations Limited released Days In the City, while ASL Records put out the "Backseat Kissers" single. Gavin doesn't seem to take comfort in the familiar, and thus far that's a really good thing.