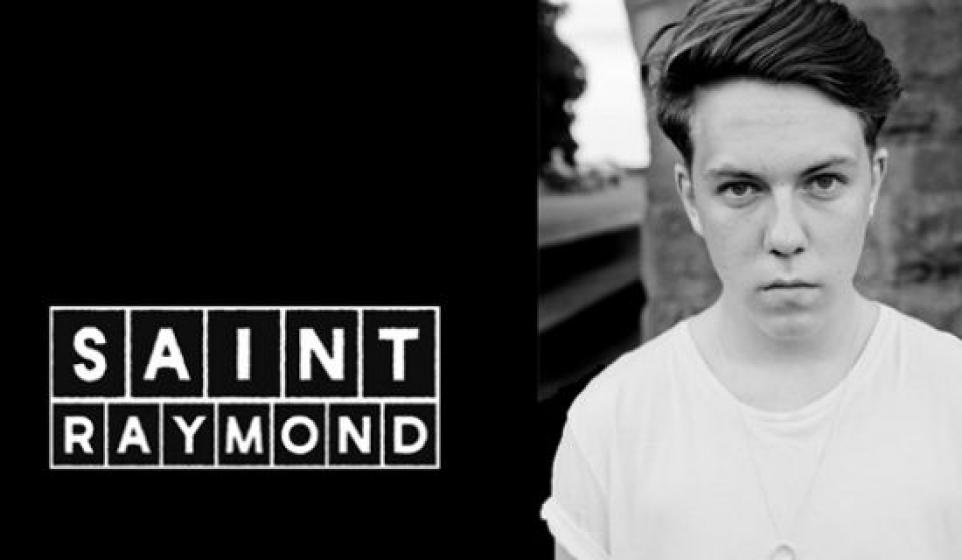 Indie-pop has experienced quite a resurgence of late thanks to the increasingly mundane mainstream scene, which could only be revived if Elvis and Tupac finally stopped pretending to be dead and came back from Cuba to do a world tour, or even if Vanilla Ice & Hanson do a collaboration. Yes, it really is that mundane. Fortunately, the internetz has helped sustain a parallel movement for every single genre’s mainstream acts to not let the music drown out in the showbiz shitstorm.

Nottingham’s got its generous share of musically gifted indie acts, and young gun Saint Raymond continues to push the bar and give further credence to the belief that the British Invasion movement never really stopped. Last year, 18-year old Callum Burrows AKA Saint Raymond; stepped out of the indie shadows to deliver his hot four-track EP titled Escapade, which instantly got the indie-pop scene buzzing with excitement.

His dynamic and hip new pop styling is best captured by the opening track on his EP named Fall At Your Feet, which incorporates larger-and-faster-than-life drumming and harmonies to deliver an inspirational Eye of the Tiger-esque song for lovers. Callum Burrows’ vocal intensity and natural charisma helps make the message of the song as sincere as Justin Bieber’s commitment to mediocrity and contempt for masculinity.

“Everything She Wants” is a more quintessential representation of Saint Raymond’s soundscapes, as it taps deep into the vibrant indie-pop spectrum of melodies to build rich bass and rhythm guitar riffs, a striking chorus, peppy beats and some seriously rad songwriting.

“Young Blood” is another great track from his brand new Young Blood EP released this month, which evolves the confident, youthful vibe of the previous EP to deliver a super-replayable summer song with stirring beats and a soulfully upbeat chorus.

Burrows can also enchant at the drop of a hat and just a strum of his guitar by conjuring delightful acoustic renditions of his tracks such as “Bonfire.” It seems that Saint Raymond’s boyish charm is poised to disarm a huge bunch of indie fanboys and claim his rightful superstardom in the coming years.